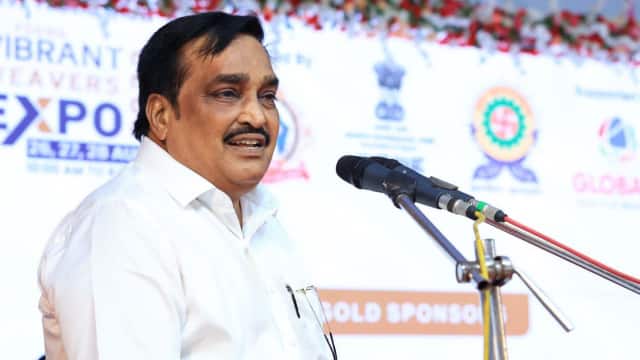 BJP planning has intensified in UP for the 2024 Lok Sabha elections. After the national executive meeting, BJP’s entire focus is on UP for Mission 2024. It is believed that by the end of January, the new team of UP BJP will be announced. There is talk that a special monitoring committee will be formed for UP. Union Minister Dharmendra Pradhan will supervise this committee. On the other hand, the names of Gujarat’s strong leaders CR Patil and Anurag Thakur are in the race for the new UP in-charge.

Organizational change in UP after state executive meeting

After the national executive meeting of the BJP, now there will be a meeting of the state BJP executive. This meeting to be held on January 22 at the Indira Gandhi Pratishthan is considered very important from the point of view of Mission 2024. With the extension of the tenure of BJP President JP Nadda, organizational activities have started intensifying in the state as well. State BJP President Bhupendra Singh Chowdhary will also start his new innings with Nadda. This will be the first State Working Committee meeting during his presidential tenure. In the meeting, the party will prepare a roadmap for the upcoming Lok Sabha elections. After the state executive meeting, the process of organizational changes will also start in UP. State BJP President Bhupendra Chaudhary has already said that this change will happen from ward, mandal, district and area to the state level. State BJP team as well as ministers and national office bearers from UP quota will participate in the meeting.

Restructuring of the state team from ward, circle, district and area

In the BJP, which is claiming to win 100 percent seats in UP in the Lok Sabha elections, now the process of organizational change from bottom to top will start soon for this goal. BJP state president Bhupendra Singh Chowdhary told the media that the state team will be reconstituted from ward, mandal, district and area.

Under the policy of one person-one post of UP BJP, the party is going to implement the same policy on office bearers as well. Under this policy, party officials who have become ministers in the Yogi 2.0 government are expected to leave the organization. It is reported that soon a new committee will be formed, in which they will be replaced. Party Vice President AK Sharma and Daya Shankar Singh have both been made ministers in Yogi Sarkar 2.0. AK Sharma is the Minister of Urban Development and Power, while Daya Shankar Singh is the Minister of State (Independent Charge) for Transport. Apart from these, party General Secretary JPS Rathore is the Minister of State for Cooperation.