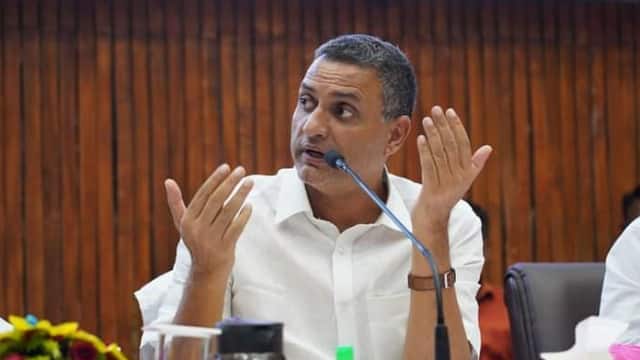 His party RJD has taken action against former Agriculture Minister Sudhakar Singh who made statements against Bihar Chief Minister Nitish Kumar. Rashtriya Janata Dal’s Principal General Secretary Abdul Bari Siddiqui has issued a show cause notice to him. The party has given Sudhakar 15 days to give his explanation, else be ready for action. Let us inform that JDU Parliamentary Board President Upendra Kushwaha had said in the past that RJD will take action against Sudhakar after Kharmas i.e. Malmas is over.

In the notice, RJD accused Sudhakar of not following the coalition dharma. Abdul Bari Siddiqui said that only RJD supremo Lalu Prasad Yadav and Deputy CM Tejashwi have the right to speak on the issues of the Grand Alliance and the top leadership.

RJD’s notice states that Sudhakar Singh’s statements give strength to those forces who want to end the advocacy of justice, harmony and equality by trampling the Constitution. A large section of RJD is hurt by his objectionable statements.

RJD state president Jagdanand Singh’s son and MLA Sudhakar Singh has been giving statements against CM Nitish Kumar for a long time. Even while being the Agriculture Minister in the Nitish cabinet, he raised questions on the policies of the government, after which he had to resign from his post. Even after this they did not stop. Recently, he had compared CM Nitish to Shikhandi, the character of Mahabharata. After this JDU flared up.

Action on Sudhakar as soon as Kharmas is over

Left got angry due to RJD-JDU tussle, said- form a coordination committee

The party has given Sudhakar Singh 15 days to give his explanation. If they do not give clarification, further disciplinary action will be taken against them. He can also be shown the way out of the party.