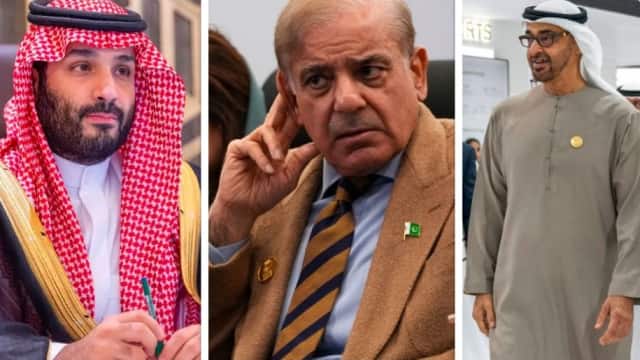 Pakistan Economic Crisis and Pak Media: Pakistan’s economic crisis is getting deeper day by day. In such a situation, the criticism of Prime Minister Shehbaz Sharif and his coalition government has increased in the Pakistani media. In Pakistan’s famous newspaper ‘The Express Tribune’, foreign affairs journalist Kamran Yusuf has blamed the troubled coalition government led by Shahbaz Sharif for this.

Yusuf has said in an article written in this newspaper that the government of Shehbaz Sharif is taking difficult, unpopular and painful decisions for the 23 crore population of Pakistan. The government is stuck in saving its small political capital, while the people of the country are suffering, which is not a good situation for the country.

Yusuf wrote, “In the past, Pakistan has weathered every crisis and storm thanks to the generosity and help of friends. Be it the aftermath of the 1998 nuclear explosions, when international economic sanctions were imposed or The military coup in 1999 had negative consequences, each time we were saved by our friends.” He wrote that after the nuclear explosions of 1998, Saudi Arabia continued to quietly supply oil and avoid payments. It later converted those loans into grants. China, UAE and Qatar are other friendly countries, who have helped Pakistan in every possible way when needed, but now that series seems to be ending, and the country is going into economic abyss for the first time.

He has written that the economic advisors of the government have taken steps towards various options to deal with this economic crisis. The government is reluctant to take the bitter pill of the International Monetary Fund (IMF) and hence, is working on Plan B. This plan is years old, under which help is to be taken from friendly countries but for the first time Pakistani policy makers have to face the changing reality of the changed circumstances. The friendly countries China, Saudi Arabia, UAE and others have now reached a tacit understanding with the western led international financial institutions that free bailouts will not be provided to Pakistan. The time for cash grants is over.

He has written that Pakistan’s failure to implement necessary economic reforms is responsible for this policy change. That’s why negotiating with the IMF is becoming more challenging now that the Washington-based lender is now working with friends in Pakistan.

Yusuf, citing the Saudi Finance Minister’s keynote address at the World Economic Forum in Davos recently and his interview to Bloomberg, said that he made it clear there that his country is discussing this matter with the World Bank and other institutions. How to be “more creative in helping” Pakistan. The Pakistani journalist said that in the same way, China is also showing the mirror to Pakistan that how it has to repair its internal situation and economic components by itself.