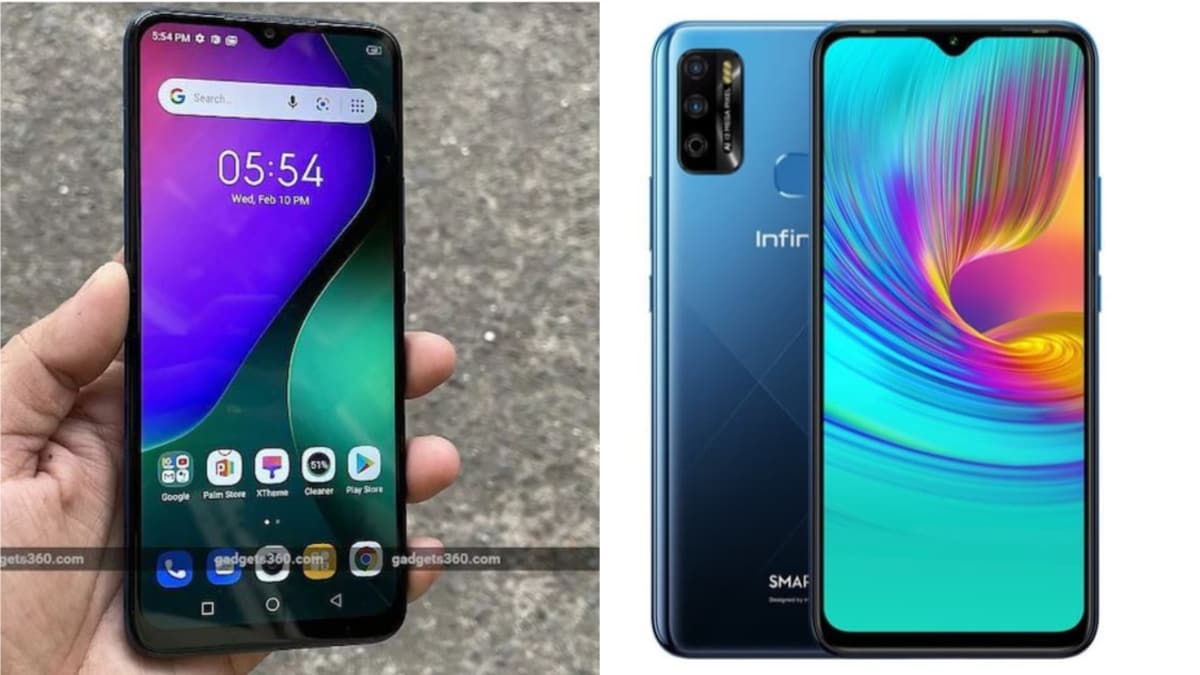 Infinix Smart 5 has launched in India for Rs 7,199. The phone has 32 GB of storage with 2 GB of RAM. In this phone you get Aegean Blue, Morandi Green, Obsidian Black and 6° Purple color options. On the other hand, the 2GB RAM and 32GB storage configuration of the Infinix Smart 4 smartphone costs Rs 6,999. There are four color options available for purchase in this phone: Midnight Black, Quetzal Cyan, Ocean Wave and Violet.

Infinix Smart 5 comes with Dual SIM (Nano) 4G. The phone has a 6.82-inch HD+ display with a drop-notch design. The phone’s screen-to-body ratio is 90.66 percent. While the Infinix Smart 4 phone has a 6.82-inch HD+ display, which gives a 90.5 percent screen-to-body ratio. Smart 5 phone has Octa core MediaTek Helio G25 processor. Smart 4 is equipped with MediaTek Helio A22 processor and you get 2 GB of RAM in it.

Both the Infinix Smart 5 and 4 phones come with a 6,000 mAh battery. The connectivity features of both phones are also similar.