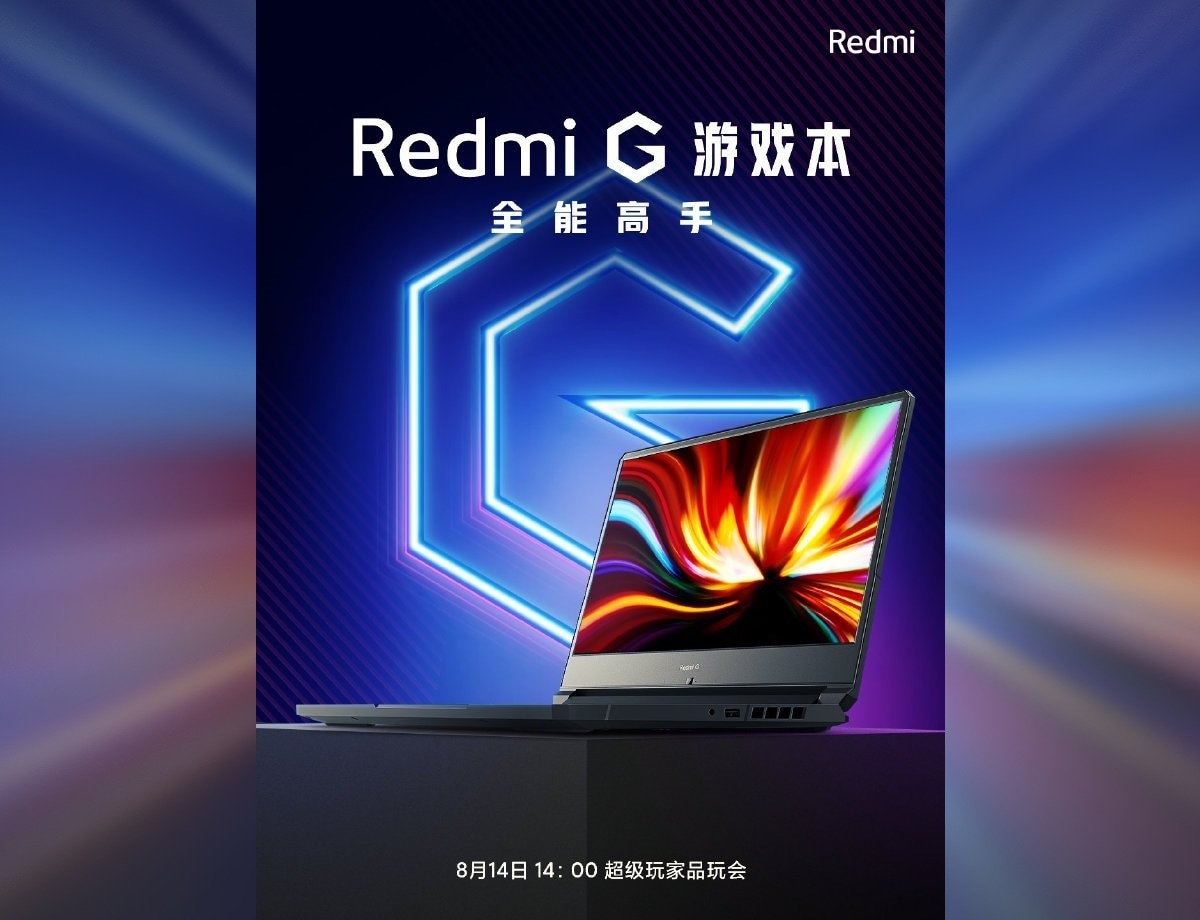 The Redmi G gaming laptop will be launched on August 14. It is currently being launched in China by Xiaomi’s Redmi sub-brand. The company inquired about the launch of the new laptop through its Chinese microblogging site Weibo account. The Redmi G is the first gaming laptop from the Redmi brand, but apart from the company’s RedmiBook range, you’ll find screen sizes of 13, 14 and 16 inches. The upcoming gaming laptop may come with an all-black color and a 15-inch display. Thin bezels will be given on the top and right and left sides of the laptop screen. Apart from this, Redmi G can get an improved cooling system, which will help in reducing the rising heat.

All information about the launch of Redmi G has been given in Redmi’s Weibo account. The company’s first gaming laptop will launch in China on August 14 at 2:00 PM local time (11:30 AM Indian time).

Aside from the launch details, according to a report from GizmoChina, Redmi has also shared a teaser photo of the Redmi G laptop on its Weibo account, which gives a glimpse of the laptop’s appearance. The new laptop comes in an all-black matte finish and features large vents to distribute heat evenly while gaming. In addition, you can also expect a full-size keyboard with a large touchpad. Not only this, the laptop’s headphone jack and USB port are also featured in the teaser.

Redmi G is unlikely to be a thin and light laptop. Instead, the teaser hints at a thicker chassis, which could feature high-end graphics.

It is worth noting that Xiaomi has launched laptops such as RedmiBook 14 II, RedmiBook 14 Pro and RedmiBook 13 Ryzen Edition notebooks under the Redmi brand. But Redmi G is the company’s first gaming laptop. However, the Chinese company’s Mi Gaming laptop does exist.