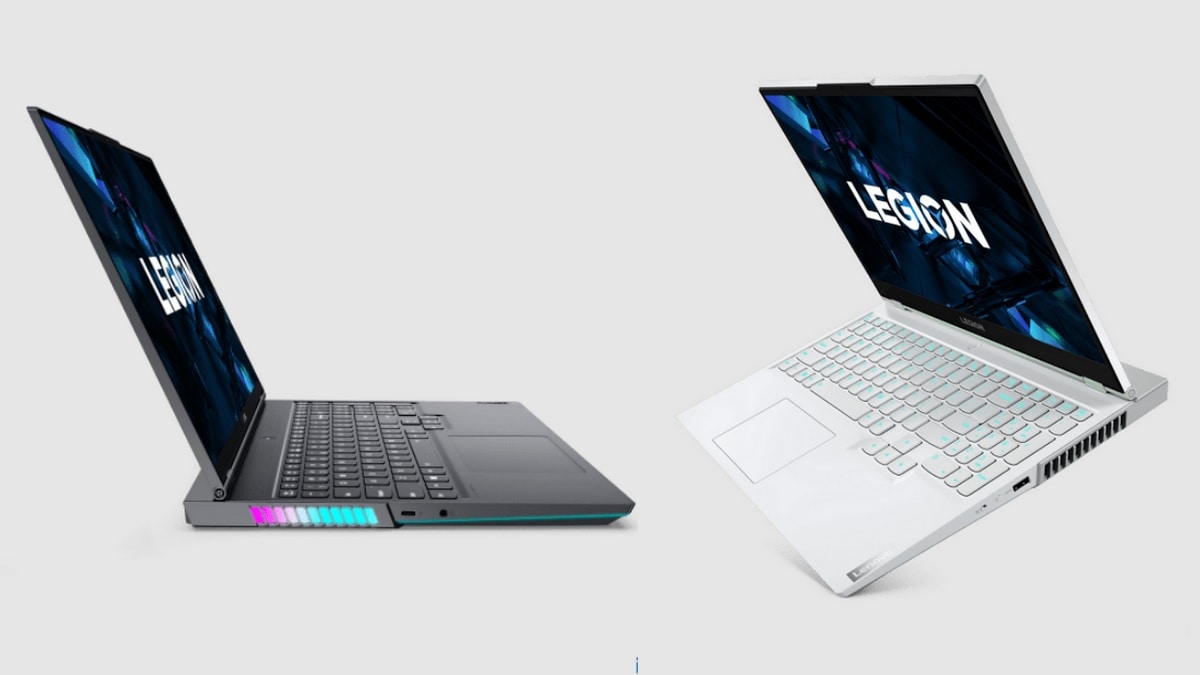 Lenovo has announced the Lenovo Legion 7i, Legion 5i and Legion 5i Pro gaming laptops. These laptops will be equipped with the latest 11th generation Intel Core H-series mobile processors. Lenovo’s announcement comes with Intel’s 11th generation Core Tiger Lake-H processor in which it will bring three updated laptop models and a gaming monitor. All laptops come with Windows 10, Thunderbolt 4 support, and Wi-Fi 6 connectivity. All of these gaming laptops will be equipped with Nvidia GeForce RTX laptop GPUs, including the latest Nvidia GeForce RTX 3050 Ti and GeForce RTX 3050.

In terms of audio, it has a super linear speaker system with dual 2W speakers and Smart Amp with Nahimic audio. Connectivity options include two Thunderbolt 4 ports, a 3.5mm audio jack, a USB 3.2 Gen1 Type-C port, three USB Type-A 3.2 Gen 1 ports, an HDMI 2.1 port, and an Ethernet jack. The Lenovo Legion 7i also comes with Wi-Fi 6 and Bluetooth v5.1. The company says the battery can provide up to 8 hours of backup. At the same time, the weight of this gaming laptop is 2.5 kg.

All three models can be equipped with 11th generation Intel Core i7-11800H CPUs and Nvidia GeForce RTX 3070 laptop GPUs. It has 8 GB GDDR6 VRAM. The maximum power of the GPU varies from model to model. The Lenovo Legion 5i and Legion 5i Pro have up to 32 GB of RAM, and the 17-inch Legion 5i has up to 16 GB of DDR4 RAM clocked at 3,200 MHz. In terms of storage, the 15.6-inch model offers up to 2 TB of M.2 NVMe PCIe SSD storage, while the other two devices have 1 TB of PCIe SSD Gen 4 storage.
All of these are said to have a battery backup of up to 8 hours. Connectivity options are similar to the Lenovo Legion 7i laptop, but the 17-inch Legion 5i also gets a card reader. Two speakers of 2W are given for audio.