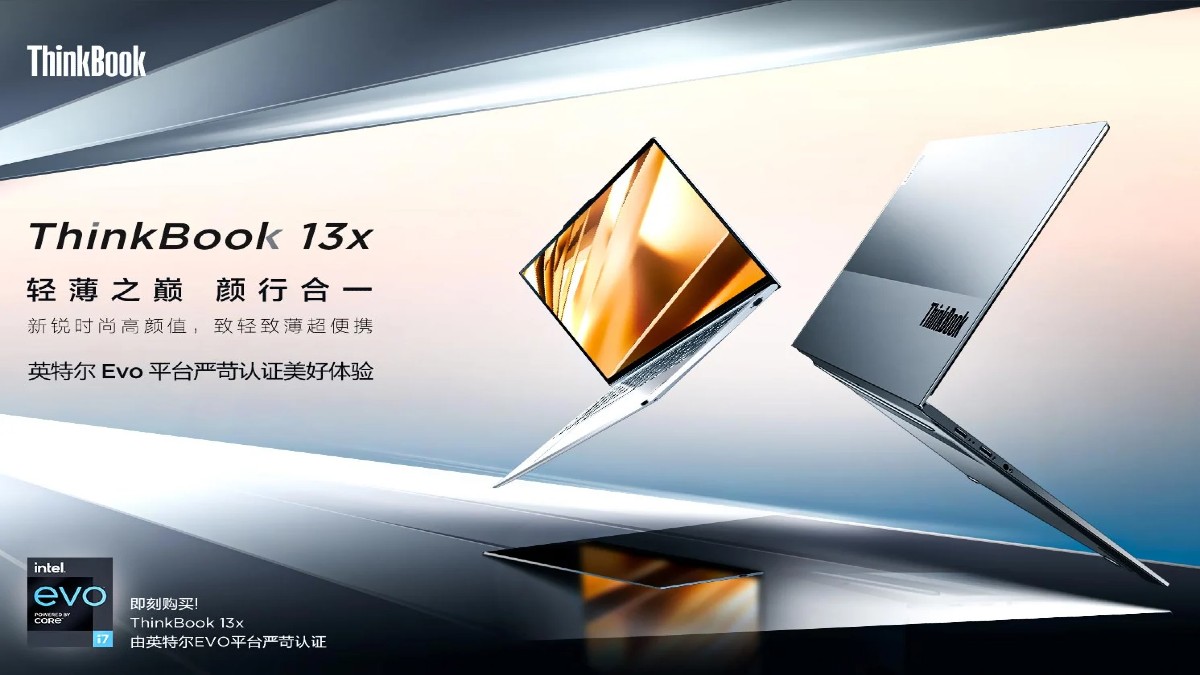 Lenovo has launched several new laptops, including the Lenovo ThinkBook 13x, at the ThinkBook summer launch event on Wednesday. Currently, the company has added many attractive features to these China-only laptops. The company has not yet given any information on when these new laptops will be available in India and other markets. The base variant of the new laptop comes with an Intel Core i5-1130G7 processor, which will cost 6,999 Chinese Yuan (about Rs 80,000).

On Wednesday, Lenovo held its ThinkBook Summer Event in China, where the company launched the ThinkBook 13x in two processor variants. The company also announced this in its Weibo account. The Intel Core i5-1130G7 processor model costs CNY 6,999 (about Rs 80,000). At the same time, the price of its Intel Core i7-1160G7 processor model is CNY 7,999 (about Rs 90,000). The device comes in two colors: silver and dark gray. At the moment, these models are only available in China and can be pre-ordered from June 18. At the same time, sales of these new Lenovo devices will start from June 19. The company has not yet disclosed its price and launch for other markets, including India.

The list available on the Lenovo ThinkBook 13x website shows that it supports Microsoft Windows 10. Speaking of the display, it has a 13.3-inch IPS LCD display with a resolution of 2560×1600 pixels. It has a peak brightness of 400 nits and a 100 percent sRGB color gamut. An anti-reflective coating is also applied to the screen. The screen aspect ratio is 16:10 and the screen-to-body ratio is 90 percent. It comes with Eye-Safe blue light display certification.

Also, two options are given regarding the processor in which there is an option of 11th generation Intel Core i5-1130G7 and Intel Core i7-1160G7. It has an Intel Iris Xe GPU. Speaking of memory, it got 16GB of LPDDR4x-4266 RAM and 512GB of PCIe SSD storage. It can be increased to 1 TB. Speaking of other external features, the Lenovo ThinkBook 13x laptop has an HD webcam with ThinkShutter. For audio output, 2 2W Harman Kardon speakers are equipped with Dolby Atmos support. It also has a fingerprint sensor.

For connectivity, the device has WiFi 6, Bluetooth 5.0, two Thunderbolt 4 ports and a 3.5mm combo microphone audio jack. It has a fully backlit keyboard with no Numpad. The device has been given a 180-degree hinge so that it can be rotated up to 180 degrees. For power, it has a 53 Whr battery and also supports 65 W fast charging. The thickness of this laptop is 12.9 mm and the weight is 1.13 kg.