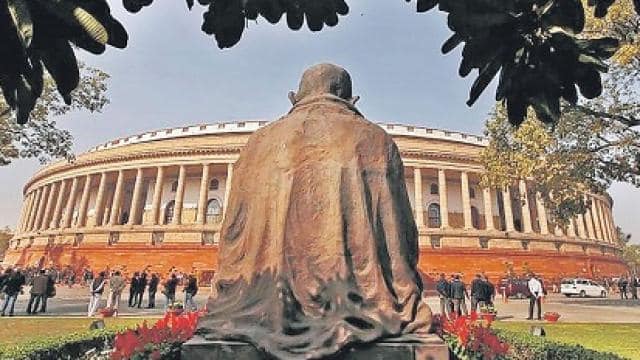 Our economy is at a turning point. Amid the economic slowdown, Finance Minister Nirmala Sitharaman will present the 2020-21 Union budget on February 1, 2020. It is not the case that the country is facing such a crisis for the first time. The country has often had problems, but there have been many budgets that have helped us out of trouble and move the country forward. Such a budget (Budget 2020) is expected today, which will remove our difficulties and ease the way forward. These 6 budgets, which will give the country new condition and direction, will always be remembered…

The Republic of India’s first Union budget was presented against the backdrop of economic devastation and bloody division during colonial rule. The main purpose of this budget was to lay the foundation for the Planning Committee. Prime Minister Pandit Nehru became the chairman of the planning committee and Gulzarilal Nanda the vice chairman. RK Patil and CD Deshmukh and GL Mehta took the lead as the first members.

Budget for people suffering from drought, food shortage and inflation (1968-69)

1968-1969 Finance Minister Morarji Desai presented the budget on February 29, 1968. This was the first such budget to be promoted as a people’s budget, as the country struggled with problems such as drought, food shortages and inflation. Desai was against overdrafting, but even then he presented an overdraft budget to increase public works spending. Desai presented up to 10 Union budgets and delivered 8 budget speeches.

The budget presented by the then Deputy Prime Minister of India and Finance Minister Chaudhary Charan Singh changed the face of fiscal federalism. The budget accepted the recommendations of the 7th Financial Commission. The states’ share of central excise or revenue doubled to 40 percent. With this budget, the seeds of indirect tax reforms were sown in India.

Finance Minister Pranab Mukherjee presented this budget on February 27, 1982. Then India signed a $5 billion loan agreement with the International Monetary Fund (IMF). Attempts were made to control inflation. The finance minister had said: ‘My main concern is to keep the budget deficit to a minimum. The emphasis is also on saving and investing.

Liberalization announced in the 1991-1992 budget

On July 24, 1991, Finance Minister Manmohan Singh announced in his budget measures to liberalize the Indian economy. Will always be remembered for this historic budget, which changed India forever. The road to liberalization, privatization, divestment and foreign capital was eased. Fertilizers, LPG, petrol prices rose, sugar subsidy ends. The investment fund sector was opened up to the private sector.