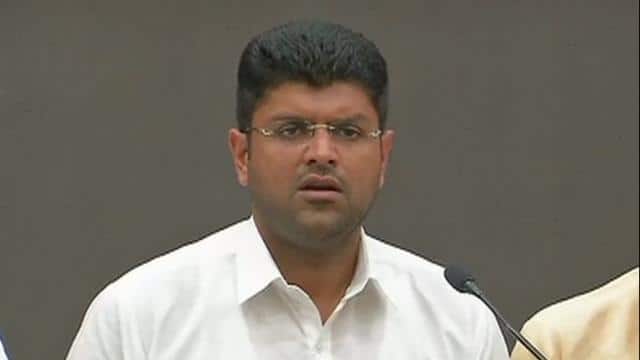 At the same time, while sharing a poem on his Twitter, Dushyant Chautala wrote that accept public opinion, accept defeat, we are ready for battle again, we will continue to walk boldly and take Tau’s thoughts to heart.

It is worth noting that Dushyant Chautala had emerged as the biggest youth face in Haryana politics over the past five years. He is the country’s youngest MP in the current parliament.

accept the vote, accept the defeat,
We are ready to fight again
Will continue with the ghosts,
Take Tau’s thoughts to heart.#Thank you pic.twitter.com/K4rRuf3hUd

In the 2014 Lok Sabha elections, he had achieved the feat of becoming the youngest MP by defeating Kuldeep Bishnoi by nearly 32,000 votes in the Hisar seat itself. Born in 1988, this achievement of Dushyant is also included in the Limca Book of Records. Dushyant founded the Jannayak Janata Party (JJP) on December 9, 2018, after being expelled from the INLD last year.

Politically, Dushyant Chautala is in the blood. His father Ajay Chautala has been MP and MLA. His dam Naina Chautala is also an MLA from Haryana. Not only this, Dushyant’s grandfather Om Prakash Chautala was the chief minister of Haryana while his great-grandfather Chaudhary Devi Lal was the deputy prime minister.