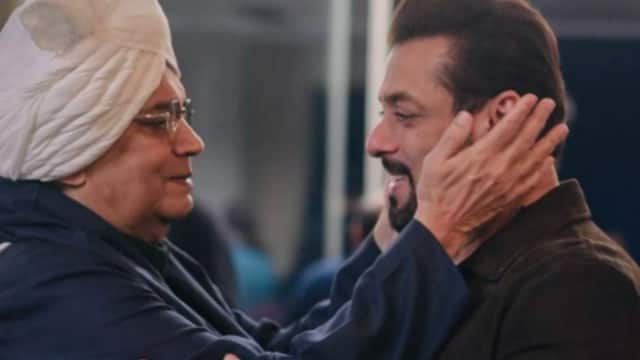 Subhash Ghai has made a special post on social media for Salman Khan who reached his birthday. He told how much he liked this surprise of Salman. Along with this, he has also given many blessings. Subhash Ghai cut the cake with Salman Khan. The videos of both of them also went viral. After watching this video, many people remembered the old fight between Salman Khan and Subhash Ghai. This is a very famous case, in which Salman Khan himself told that he had beaten Subhash Ghai.

Salman’s video was viral
A day before Subhash Ghai’s birthday, there was a party in Mumbai in the evening. Many Bollywood stars and big personalities had reached in this. The video of Salman Khan feeding cake to Subhash Ghai also caught people’s attention. Now the filmmaker has thanked Salman Khan in a tweet.

Subhash did this tweet
He has written, Dear Salman, God bless you for coming with such love and giving me such a wonderful surprise by wishing me a birthday, greeting each and every member of my family with pure love. You are a very good person, proud of it.

Answered on beating Aishwarya
The incident of a fight between Subhash Ghai and Salman Khan dates back to 2001. The argument between the two gradually turned quite dangerous. Salman Khan was asked a question on raising his hand on his ex-girlfriend Aishwarya Rai. According to Zoom TV, Salman had said, I get emotional. Then I hurt myself. I’ve hit my head against the wall. I have hurt myself completely. I can’t hurt anyone else. I only beat up Subhash Ghai. However, he apologized to her the next day.

she hit me with the spoon
Salman had told, sometimes you lose control. That person hit me with a spoon, almost broke the plate on my face, grabbed my neck, irritated me a lot. I could not control myself. Then look what happened, I had to apologize to him the next day.