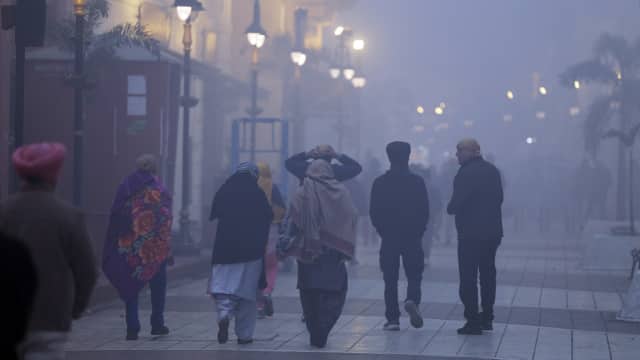 The India Meteorological Department (IMD) on Tuesday said in its forecast that northwest India, including Delhi, may experience light to moderate rain and hailstorm with wind speed up to 50 kmph in the next week. Cold wave conditions prevailed in Punjab, Haryana, Delhi and North Rajasthan on Tuesday with the minimum temperature ranging between one to three degrees Celsius. The Meteorological Department said that parts of Uttar Pradesh and Madhya Pradesh recorded minimum temperatures between three and five degrees Celsius.

The IMD said that an active Western Disturbance is likely to affect Northwest India between January 21 and 25. “Under its influence, rain or snow over western Himalayan region is likely to commence on January 21 and continue till January 25 with peak conditions on January 23-24,” it said in a statement. The weather office said that light to moderate hailstorm is expected at isolated places over Jammu, Himachal Pradesh, Uttarakhand, Punjab, Haryana, Chandigarh, Delhi, West Uttar Pradesh and North Rajasthan on January 23 and 24.

Wind speed up to 50 kmph is expected over Punjab, Haryana, Delhi and West Uttar Pradesh on January 23-24. Delhi has not recorded any rain so far this winter season. The Meteorological Department says that the absence of strong western disturbances in November and December was the reason for the lack of rain.

Last year, the city received 82.2 mm in January. Rain was recorded, which was the highest for the month since 1901. The Safdarjung Observatory, Delhi’s primary weather station, recorded a minimum temperature of 2.4 degrees Celsius, up from 1.4 degrees on Monday. The fog has also affected road and rail traffic in some parts of the northern region.