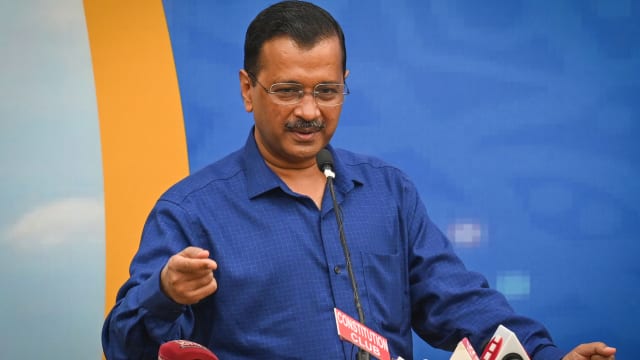 While Delhi Chief Minister Arvind Kejriwal is fighting a battle of rights with LG VK Saxena, on the one hand, he has received a setback from the High Court in an old case. The Allahabad High Court has refused to grant relief to the convener of the Aam Aadmi Party (AAP) in a case registered against him for a statement made during the 2014 Lok Sabha elections. In such a situation, Kejriwas will now have to present his arguments before the trial court.

Actually, this case against Kejriwal was registered in 2014 in Sultanpur, UP. Kejriwal made this statement while appealing voters not to vote for Congress and BJP, after which a case was registered against him. After being summoned from the lower court, Arvind Kejriwal has approached one court after another, but everywhere he has been disappointed. According to a report in LiveLaw, Justice Rajesh Singh Chauhan’s bench at the Allahabad High Court refused to grant relief to the Delhi CM, saying it appeared that he intimidated voters in the name of God. The court also said that it does not behove the Chief Minister of a state to say such a thing.

A case was registered against the CM of Delhi under Section 125 of the Representation of the People Act, 1951. Kejriwal had said in a meeting, ‘Whoever votes for the Congress, I believe, will betray the country. God will not forgive the one who votes for BJP. There will be betrayal with the country.

The trial court had summoned Kejriwal on 6 September 2014. After this, the AAP convenor moved from the High Court to the Supreme Court, but he was shown the way to the trial court. He then filed a petition in the MP/MLA court of Sultanpur, which was dismissed in August 2022. Challenged the ACJM court’s decision in the sessions court, which was dismissed in October. After this, Kejriwal had approached the High Court.