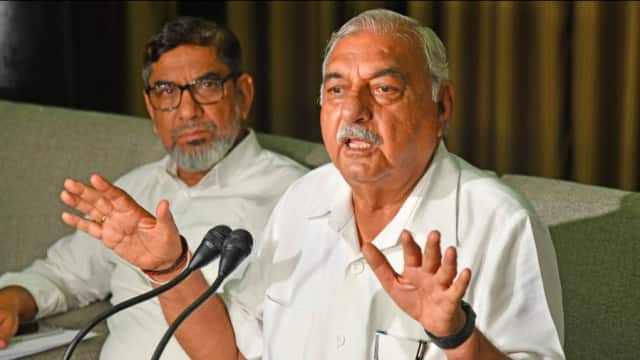 The issue of parole of Dera Sacha Sauda chief Gurmeet Ram Rahim is heating up. Meanwhile, former Haryana Chief Minister Bhupinder Singh Hooda has come to the rescue of the state CM Manohar Lal Khattar government. He said that the parole has been granted as per the rules. The special thing is that many Sikh organizations and opposition parties had questioned this decision of the state government.

According to a media report, Hooda said, ‘Ram Rahim has been given parole as per rules and there is nothing wrong in it. Every prisoner has the right to get parole. He was released on parole from Sunaria Jail in Rohtak, Haryana on Saturday. After this he reached Barnawa Ashram in Baghpat with his adopted daughter Honeypreet amidst tight security.

The Shiromani Akali Dal (SAD) and the Shiromani Gurdwara Parbandhak Committee (SGPC) expressed strong objection to the parole granted to Ram Rahim Singh. He is serving a 20-year prison sentence for raping two female students. He was given parole for 40 days three months back as well which ended on 25 November. At that time also, after being released from jail on October 14, he had gone to Barnawa Ashram.

There are reports that during the 40-day parole, the Dera chief will attend Shah Satnam’s birth anniversary celebrations on January 25. Ram Rahim is facing jail in rape and murder cases.