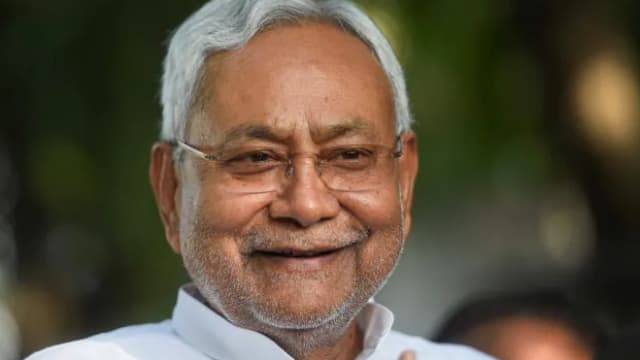 Nitish Kumar Bihar Politics: Amidst the ongoing political turmoil in Bihar, discussions are going on that Chief Minister Nitish Kumar may once again turn around and leave the grand alliance and go to the NDA. However, now CM Nitish has called these things useless. He said that no one is in touch with him, but his party leader Upendra Kushwaha himself is in touch with the BJP. They are making unnecessary statements. Nitish also fiercely attacked the Narendra Modi government and said that the Center is not doing development in Bihar.

CM Nitish, while addressing the program at AN College in Patna on Wednesday, spoke openly on the current political developments. He countered the statement of JDU leader Upendra Kushwaha, in which he was claiming that the party leaders were in contact with the BJP. CM Nitish dismissed the speculation about leaving the Grand Alliance and going back to NDA, saying that no one is in contact with him. Rather Upendra Kushwaha himself is in touch with the other party and wants to go with BJP. Let him go wherever he wants to go, do whatever he wants. The party doesn’t matter.

Exclusive: Kushwaha will not join BJP, will form new party or revive RLSP

CM Nitish said that the BJP government is working only for itself. Center is not helping poor states. Even when he was with BJP, he was not helping. Unless Bihar gets the status of a special state, it will not develop. He said that even if the Center does not help, he will develop the state.