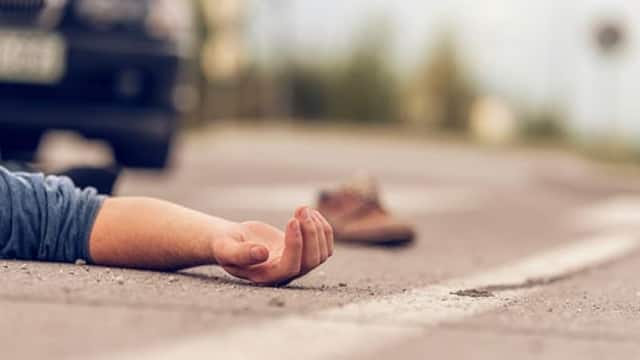 A case like Kanjhawala of the country’s capital Delhi has come to light from Saharsa in Bihar. An auto driver hit a bike rider on Tuesday night on Agwanpur-Saharsa road in Bihra police station area. Then dragged him for about two kilometers and later escaped leaving him on the road in an injured state. The condition of the youth injured in the accident is said to be serious.

According to the information, the youth has been identified as Shyam Kishore Singh. He is a resident of Hempur village of Nauhatta village. He is undergoing treatment at a private hospital. His condition is very serious. The accident happened at around 9 pm.

A close relative of the youth said that Shyam Kishore was coming from Munger to Hempur on a bike to attend his grandfather’s funeral. Then his bike collided with an auto and his leg got stuck in the auto rickshaw. The auto driver dragged the youth for about two kilometres, then fled by throwing him on the roadside. When the local people saw him in an injured condition, an ambulance was called and he was taken to Saharsa Hospital.

The doctor of Sadar Hospital told that the condition of the victim is very serious. He has also suffered shock due to the accident and his right leg may have to be amputated. In view of profuse bleeding and his critical condition, he has been referred to the Higher Center.

SHO Akmal Hussain said that till now no FIR has been registered in this matter. But the police is in contact with the victim’s family. The victim is undergoing treatment at a private hospital in Saharsa. The auto driver has been identified.

Let us tell you that on the night of December 31, a 20-year-old girl, Anjali Singh, who was going on a scooty in Delhi’s Kanjhawala, was hit by car-borne youths. His body was trapped in the car, which was dragged by the accused on the road for about an hour. This incident had caused an uproar across the country. The police found her naked body on New Years. The police have now added the section of murder in this case. All the accused were arrested by the police.