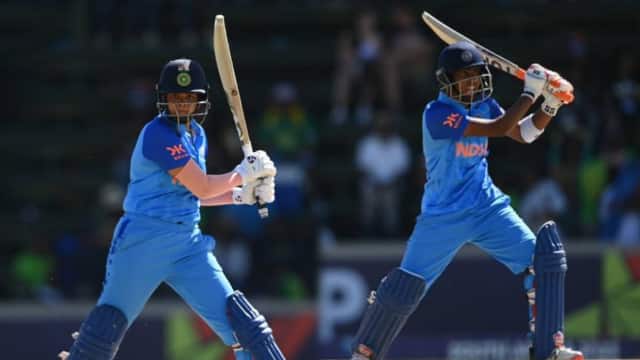 On Wednesday, January 25, a big good news has come out for the Indian Under-19 women’s cricket team. Team India has qualified for the semi-finals of the ICC U19 Women’s T20 World Cup 2023. The Indian team had to face defeat against Australia, but against Sri Lanka, India registered a big win. Due to this, the team has reached the semi-finals.

Shefali Verma is the captain of the Indian team playing the Under 19 World Cup 2023. Along with India, Australia has also entered the semi-finals. The third team to qualify for the semi-finals of this mega event could be England, who have won one of their matches and are on course to win the match against West Indies on Wednesday, January 25.

Let us tell you that the ICC Under 19 Women’s T20 World Cup 2023 has been good for the Indian team. The Indian team has lost only one match, which was in the Super Sixes. Australia had defeated India. India had qualified for the Super 6 by winning all the Group D matches. Against Sri Lanka, India had improved their net run rate by winning the match before 10 overs.