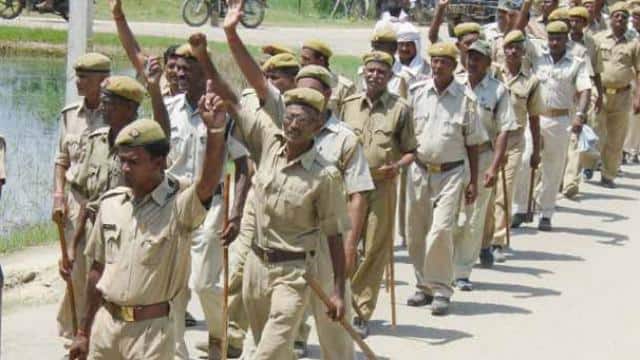 The services of 25,000 Home Guard volunteers who were stationed with the Uttar Pradesh Police Force have been halted with immediate effect. ADG Police Headquarters BP Jogdand has issued an order in this regard.

With this order, 25,000 house guards who work for the police have become unemployed. In the past, for reasons of public order, it has been decided to use the services of Home Guard volunteers against the vacancies in the police force. In the order, ADG Police Headquarters has said that in a meeting chaired by the Chief Secretary on August 28, 2019, it was decided to end the deployment of Home Guard volunteers.

It was said in the order that the amount to be paid as fees for the services of the Home Guard volunteers must be estimated within a week and communicated to the police station. The assessment card must contain the name and designation of the responsible district, along with its own signature.

Varanasi: Officer reached out to clear infringement by taking 13-month-old son in his arms

Banda: A poisonous snake came out in the SP office, the soldier was bitten