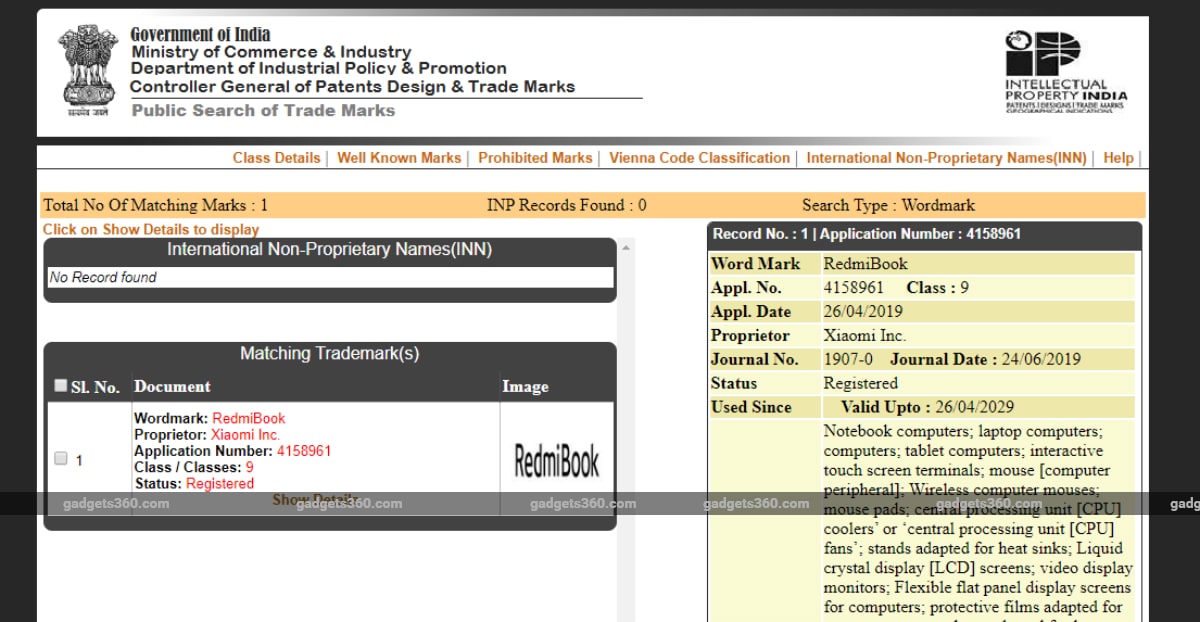 Xiaomi has registered a trademark of the RedmiBook brand in the Indian market. This is an indication that Xiaomi laptops will soon be launched in the Indian market. So far, the company has offered laptops under the Mi and RedmiBook brands in the Chinese market. But the mention of the company’s trademark on Intellectual Property India’s website has indicated that Xiaomi is considering bringing RedmiBook series laptops to India. Let us tell you that Intellectual Property India is responsible for patents and trademarks and works under the Ministry of Commerce. The brand listing clearly shows that the company applied for it in the month of April last year and the brand is valid until April 2029.

Let us know that the RedmiBook brand is part of the company’s Redmi sub-brand. Before Redmi launched laptops, routers and audio products, until now Redmi was known for bringing affordable smartphones. Laptops of the RedmiBook brand are also economical and the products of this brand are also available in the Chinese market. According to the website, the brand ‘RedmiBook’ is registered under the application number 4158961. The owner is Xiaomi. The application was made on April 26 last year and this trademark is valid until April 26, 2029, or 10 years. With the registration of the RedmiBook trademark by Xiaomi, it is clear that the company is now preparing to launch its laptops in the Indian market. But how long will this be? There is complete silence on the part of Xiaomi in this regard. We expect the company’s own laptops to hit the market this year. But this is just our guess. The listing was first reported by 91Mobiles.

The Chinese company launched RedmiBook 13 in the domestic market last year. During this, the curtain was also raised on the Redmi K30 smartphone range. The new RedmiBook comes with 10th generation Intel Core processor, 13.3-inch full-HD anti-glare display, 89 percent screen resolution and 11 hours of backup on a single charge. The price of RedmiBook 13 starts at 4,199 Chinese Yuan (about Rs 42,300). It has 8 GB RAM and 512 GB storage with Intel Core i5 processor. If the RedmiBook is launched in India, customers will have the chance to buy the laptop at an aggressive price.