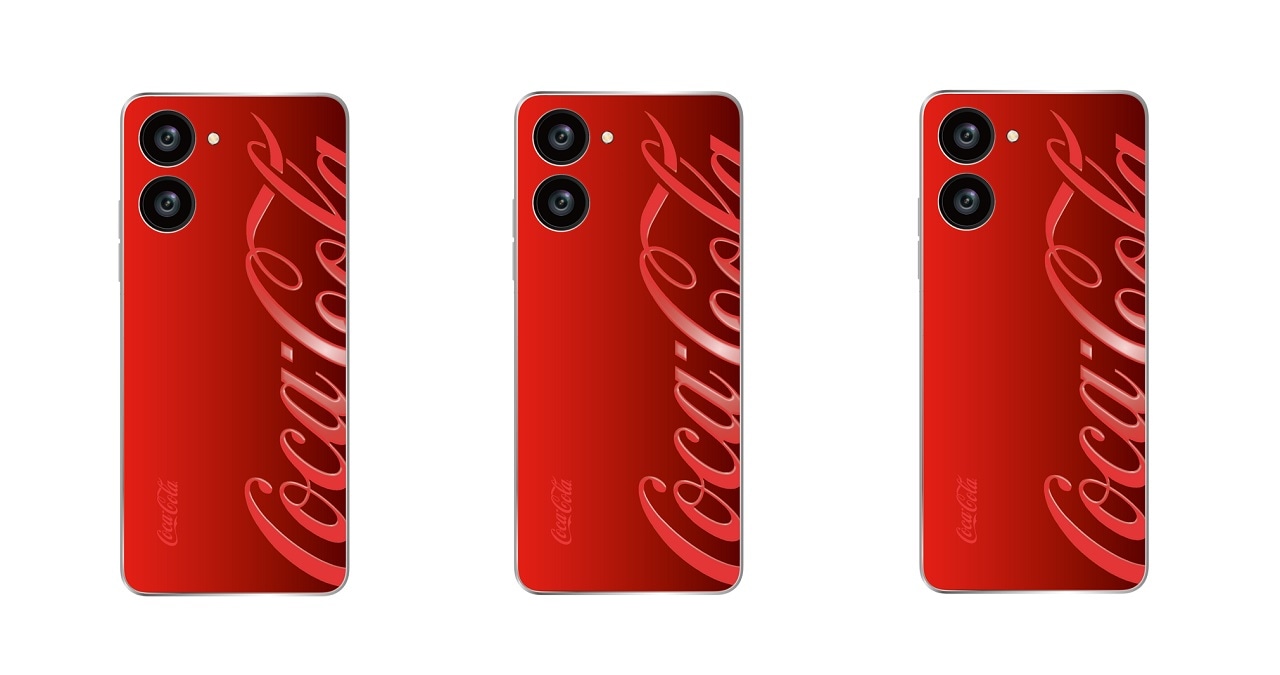 Beverage maker Coca-Cola will be collaborating with the smartphone brand to launch a new device in India. There will be a logo of the soft drink company in the rear of the phone. Tipster Mukul Sharma recently shared high quality renders of a Coca-Cola branded smartphone. He says that the phone will be produced in collaboration with the soft drink giant and a smartphone brand. While Sharma did not reveal the brand name, the design of the phone points towards Realme.

[Exclusive] Here’s the all new #cola Phone 😍
Can confirm that the device is launching this quarter in India.
Coca-Cola is collaborating with a smartphone brand for this new phone.
Feel free to retweet.#ColaPhone pic.twitter.com/QraA1EHb6w

As seen in the image, the smartphone sports a sleek design with the Coca-Cola logo on the right side of the back panel. The red color matching the theme of the beverage company is seen at the rear. Apart from this, there are two circular rings on the back panel in which two camera sensors are found. The volume button is given on its right side and there are round edges.

There is currently no information about the specifications of the smartphone. This phone looks very similar to the recently launched Realme 10 4G. If Realme joins this partnership, it will not be any different as the company has been releasing many special edition smartphones in the past as well.

Apart from design changes, the phone can get its own user interface based on Coca-Cola theme. Let us tell you that there is not much information about this partnership at the moment. But Sharma says that it will be launched in India in the first quarter of this year. Soon an official announcement can also be made regarding this phone and gradually the latest update can be revealed.