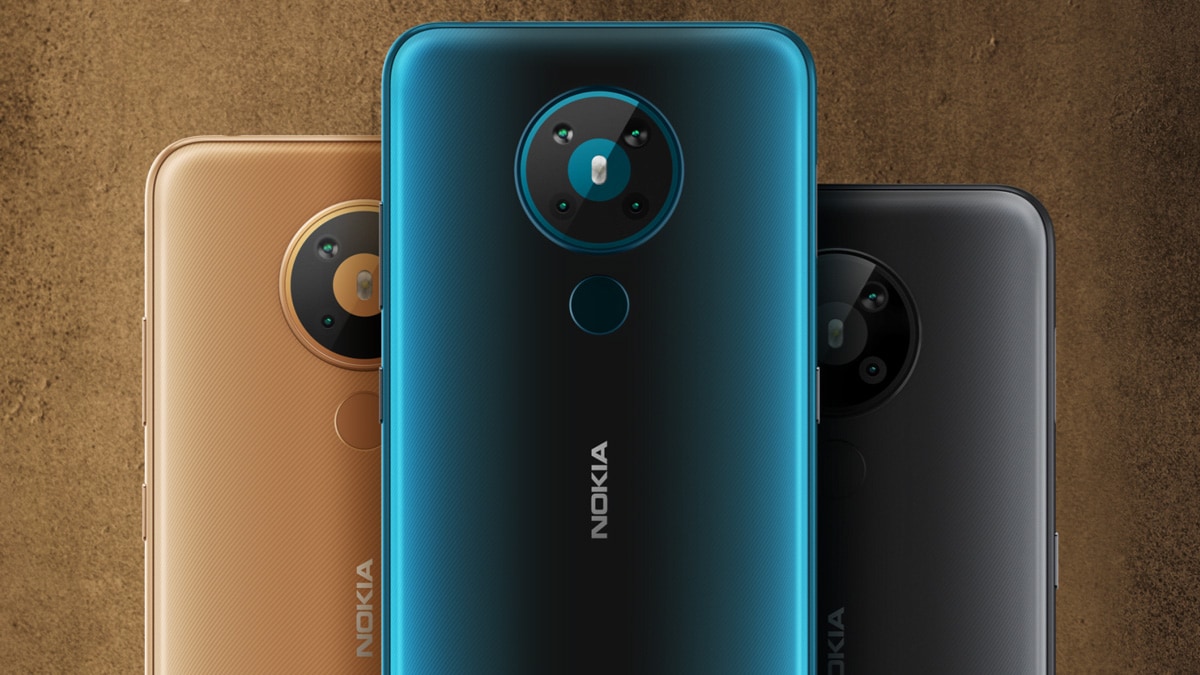 If you want a smartphone under 15,000, you currently have many good options at your disposal. Every month there are many new entries in this segment. Motorola has tried to slightly reduce the dominance of Chinese companies with its Moto G9, but Realme has still made a mark on the affordable mobile phone segment with the Realme Narzo 20 Pro and Realme 7. Xiaomi and Poco along with their Redmi Note 9 and Poco M2 Pro also make it onto our list of the best phones under Rs 15,000. There are not only so many smartphones in this list of best mobile phones under 15 thousand. There are also some old phones in the list, which cost less than Rs 15,000 but still offer a good price. If you have a budget of less than Rs 15,000 and you don’t know what to buy then don’t worry. We’ve done the research for you, and based on our testing, we’ve compiled a list of some of the best smartphones for you.

Realme Narzo 20 Pro is a great smartphone whose starting price is just Rs 14,999. It closely resembles the Realme 7, but the company has adopted an impressive 65W fast charging technology, which makes it a very attractive option. Performance is also great thanks to the powerful MediaTek Helio G95 chipset. The Narzo 20 Pro looks good and offers a bright screen, software packed with features and great battery life. The camera performance is also good, although the low-light performance could have been better. Still, you’ll love this phone for this price.

The main highlights of the Realme 7 are a new chipset, bigger battery and a new primary rear camera. It also has a new design, so it looks nicer than the Realme 6. However, due to the large battery, the thickness and weight of the phone increases slightly. Reality 7 is thick and heavy.

The rest of the functions are the same as realme 6. Thanks to the good chipset, Realme 7 is fast to use and the display comes with a refresh rate of 90 Hz to make the experience smoother. The gaming performance is also very good, the screen has good brightness and the battery life is excellent. Fast 30W charging also helps to charge the battery very quickly.

The primary rear camera is slightly better than the Realme 6 in day and night shots, but the rest of the camera sensors perform similarly. The video quality could have been better, especially in low light. If you don’t have realme 6 yet, buying realme 7 is a good option.

Motorola’s G-series has long been the backbone of the company’s lineup and India is the first country to get the Moto G9. Considering what the phone has to offer, we believe Motorola launched it at a very competitive price. One of the standout features is a clean version of Android, which Motorola now calls MyUX. It’s almost stock Android, with some classic Moto tweaks.
The Moto G9 is well built, but feels a bit big and heavy. It’s one of the few phones that still has a dedicated Google Assistant button, which is a nice touch. This is the first phone in India with the new Qualcomm Snapdragon 662 chipset, which can handle the job well. Aside from games taking a little longer than usual to load, overall performance was good. The battery life is also good to average.

The camera quality was quite good during the day. Close-ups were generally full of detail and good colors. Low-light photography is what the Moto G9 struggled with, although the night mode helped a lot. Overall, the Motorola Moto G9 is a good phone if you’re looking for a clean Android experience.

Like the rest of the Redmi Note 9 series phones, this one also has a quad camera setup, which has been given a place in the square module. There is a 48 megapixel Samsung GM1 primary sensor, with an f/1.79 lens. There is also an 8 megapixel secondary camera, with an ultra wide-angle f/2.2 lens. In addition, there is a 2 megapixel depth camera and a 2 megapixel macro camera. The phone has a 13-megapixel selfie camera.

The Realme 6i phone is the toned down version of the Realme 6. However, this version includes the flagship hardware of the Realme 6 such as the MediaTek Helio G90T and a 90Hz refresh rate, which you may not find in this price range. Realme 6i has a 6.5-inch screen with a punch-hole design. At the same time, the Funo also features a side-mounted fingerprint scanner.

The plastic case has been given in Reality 6i while this phone will be available to you in two colors. The MediaTek Helio G90T processor is perfect in performing everyday tasks and the gaming experience will be good too. In this phone you get two variants 4 GB RAM and 6 GB RAM but for storage you only get a 64 GB option. The battery of the phone is 4,300 mAh which is capable of 30W fast charging but only a 20W charger is given in the box.

Realme 6i is a smartphone with four rear cameras. The camera setup has a primary sensor of 48 megapixels. It is accompanied by an 8-megapixel ultra-wide angle camera, a 2-megapixel monochrome sensor and a 2-megapixel portrait camera.
This Realme phone has a single 16-megapixel selfie camera on the front. The front camera comes with controls for portrait mode, time-lapse, panoramic view, AI Beauty, HDR, face detection, filters and Bokeh effect. Photos taken with the Realme 6i are good and the phone’s camera offers better dynamic range.

Poco M2 Pro has been introduced in the budget segment. It has a premium design and gets a larger 6.67-inch screen just like the Poco X2. It gets a panel with a default refresh rate of 60 Hz. Poco has used Corning Gorilla Glass 5 on the front and back and P2i coating on the M2 Pro, making it splash-proof to a degree.

The Poco M2 Pro has a 5000 mAh battery and when we tested it, it was able to deliver very good battery life. The company also includes a 33-watt charger, which charges the battery to 95 percent in an hour. Poco M2 Pro has a quad rear camera with a primary sensor of 48 megapixels. The phone takes nice photos in daylight, but we saw faint colors and little detail in photos taken with the wide-angle camera. In low light, both the primary and wide-angle cameras struggled to produce detail. Night mode was also not very effective.

We were quite surprised by how similar the Galaxy M21 was to the Samsung Galaxy M30s. In fact, aside from a high-resolution selfie camera on the new model, both phones are nearly identical. Best of all, the Samsung Galaxy M21 is priced lower than the Galaxy M30S, making it a better option.
Some of the phone’s strengths are its excellent AMOLED display, light weight, very good battery life, and good app performance. It runs on Samsung’s One UI 2.0 interface based on Android 10. It is powered by Exynos 9611 chipset, which is not the most powerful chipset, especially if you have better Qualcomm and MediaTek chipsets available on some smartphones in the same segment. Still, the Exynos 9611 chipset does its job pretty well for general use and light gaming.

The triple rear cameras work fine during the day, but struggle a bit in low light. The 20-megapixel selfie camera is a nice improvement over the Galaxy M30s. Photos taken during the day have good detail, and low-light shots aren’t bad either.

Realme recently launched its Narzo 10 series. The Realme Narzo 10 smartphone is a decent offering under Rs 15,000. Realme wants to focus on the youth here. That’s why the company is teasing the phone for better gaming performance. Narzo 10 includes MediaTek Helio G80 chipset, which handles games well and is also solid in terms of app loading and multitasking performance. A USP of this smartphone is also a good battery life.
The main area where the Narzo 10 could do better is the cameras. Daylight performance was good with all the rear cameras and the same front, but we didn’t quite like the low light performance. The camera app could have been a bit more intuitive. Realme’s UI looks fresh and interesting, but still comes with a lot of bloatware.

One of the best phones in the Rs 15,000 segment is the recently launched Redmi Note 9 Pro smartphone. Dual-SIM Redmi Note 9 Pro comes with a 6.67-inch full-HD+ (1080×2400 pixels) IPS display. Although it weighs a little more at 209 grams, the design is such that you won’t feel much of its weight.
The Octa-core Qualcomm Snapdragon 720G processor is used in the Redmi Note 9 Pro and it comes in two variants, one with 4 GB RAM and 64 GB storage and the other 6 GB RAM and 128 GB storage.

Nokia 5.3
The highlight of the Nokia 5.3 isn’t the camera or performance, but the ad- and bloatware-free Android experience. There are only a few phones in this segment that get Google’s Android One program, which essentially gives you two major Android updates and a three-year warranty on the security update. For those who do not often change phones, Nokia 5.3 is a good option. We loved the battery life and the design as well. If you’re looking for better gaming performance, the Nokia 5.3 might not be the best choice. The performance of the cameras could also have been better.