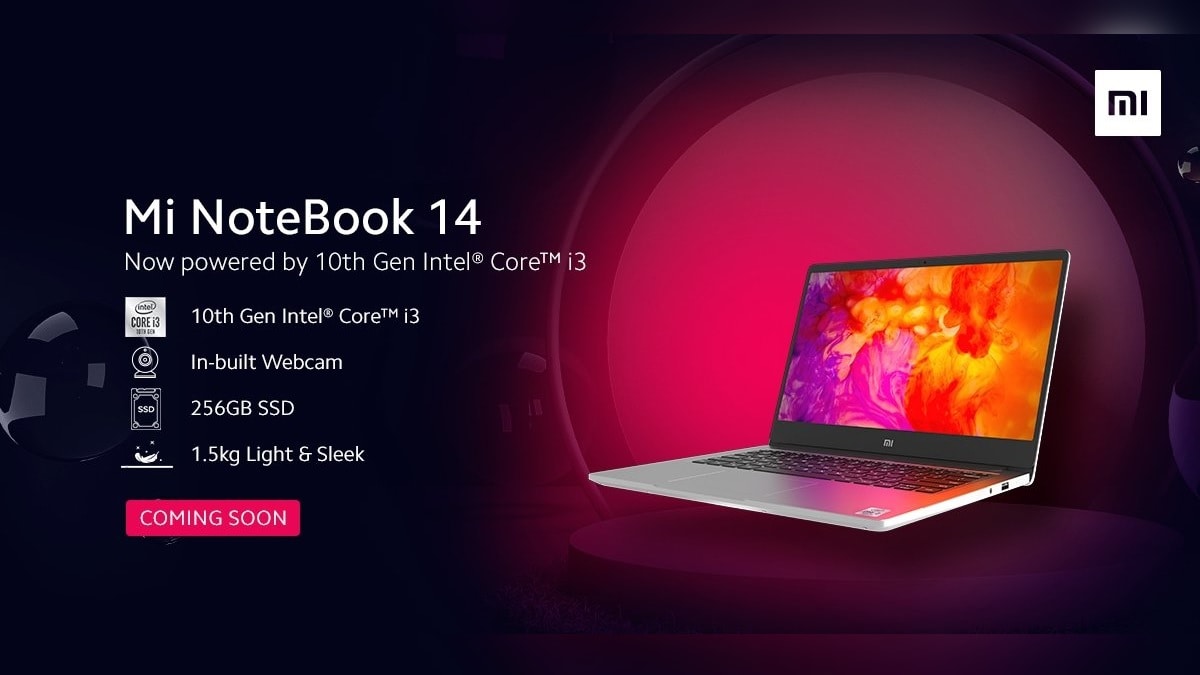 jaine ke Tweet According to reports, the new Mi Notebook 14 variant will come with a built-in webcam. At the same time, Mi Notebook 14 and Mi Notebook 14 Horizon Edition equipped with Core i5 were introduced with an external webcam. The new model comes with 256 GB of storage, which will be one of the available configurations. At the same time, the weight of the laptop will be 1.5 kg. The image shared in the tweet indicated that the design of the new Notebook 14 will be similar to the design of the old Notebook 14 model, with a slim-bezel display and slim body. As the name suggests, the new model of the laptop comes with a 14-inch screen.

However, Jain’s tweet does not reveal when it will be launched. It is expected that as part of the holiday season, some discount offers will be offered on the upcoming Mi Notebook 14.

The new Mi Notebook 14 may cost less than the current i5 and i7 models. Mi Notebook 14 price in India starts from Rs.41,999 for the 8GB RAM + 256GB SSD model. On the other hand, the Intel Core i5 model of Mi Notebook 14 Horizon Edition starts at Rs 51,999. The notebook also has an Intel Core i7 option, priced at Rs 59,999. Like the old Mi Notebook 14, the new variant also comes with Nvidia graphics option.