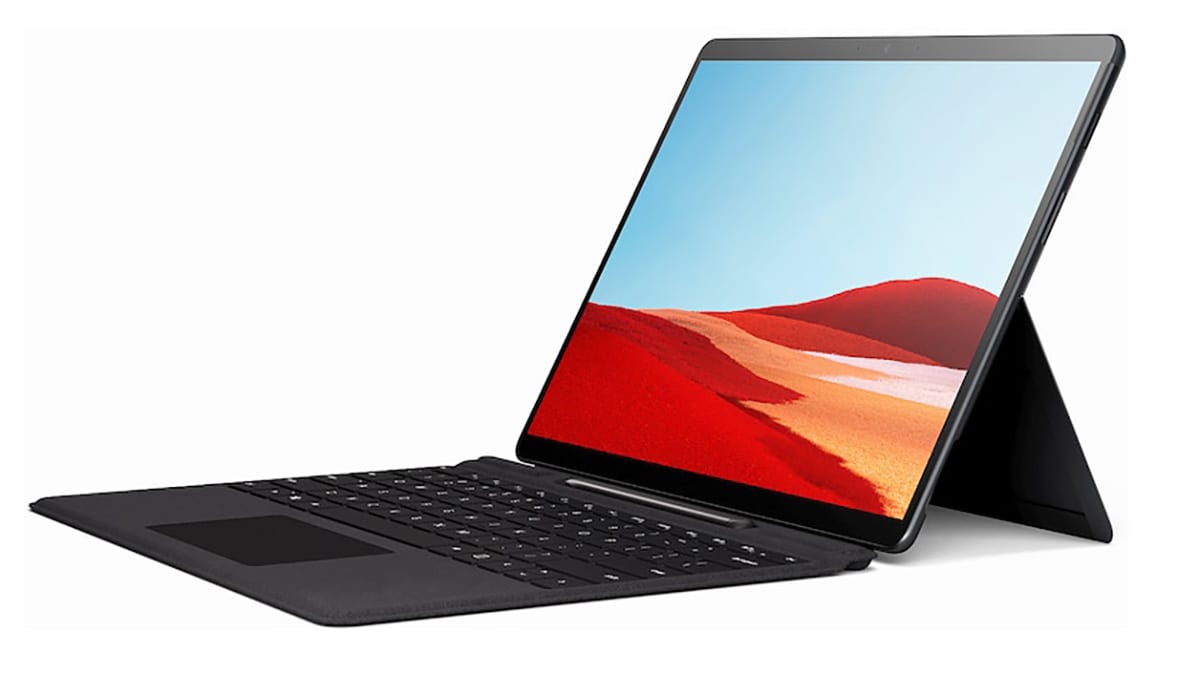 Let us tell you that a few months ago, some online retailers listed various configurations and prices of Microsoft Surface Pro 7 on their website, but now we have the exact information about the official price and specification of this and other Microsoft laptops.

Microsoft claims that the Surface Pro X is the company’s thinnest and lightest 2-in-1 laptop to date, measuring just 7.3mm thick and weighing just 774g. In comparison, Apple’s latest MacBook Air weighs about 1.29kg and is 16mm thick.

The Microsoft Surface Pro X has a 3:2 aspect ratio and a 13-inch screen with a resolution of 2880×1920 pixels. It runs on the Microsoft SQ1 ARM processor, developed in conjunction with Qualcomm. The laptop can be used with the optional Surface Pro X Signature Keyboard and Surface Slim Pen, sold separately. The Surface Pro X comes with 13 hours of battery life and supports fast charging and LTE connectivity.

Currently there is only one variant of this laptop launched in India which is LTE and it comes with 8GB RAM + 128GB storage. The price is Rs 98,999.

The new Surface Pro 7 is powered by Intel’s 10th generation CPU, which Microsoft claims is 2.3 times faster than the current older model. Available in black and platinum finishes, the Surface Pro 7 has a 12.3-inch PixelSense display and weighs just 775 grams. Connectivity options include a USB Type-C and Surface Connect port along with a USB connector. The built-in kickstand allows you to use it as a laptop when attached to the optional Signature Type Cover, sold separately.

There are a total of four configuration options available for the Surface Pro 7:

The Surface Laptop 3 retains the thinner and lighter design of the previous generation, but brings the new Intel CPUs with it. It now comes with two screen sizes of 13.5-inch and 15-inch. The 13.5-inch model weighs 1.26 kg (platinum color variant) with a screen resolution of 2256×1504 pixels. The 15-inch model weighs 1.54 kg, has a screen resolution of 2496×1664 pixels, and is powered by AMD Radeon Vega 9 or Radeon RX Vega 11 GPUs. Both models have a few things in common, such as approximately 11.5 hours of battery life, USB Type-A, USB Type-C and Surface Connector ports, headphone jack and HD webcam with Windows Hello biometric authentication.