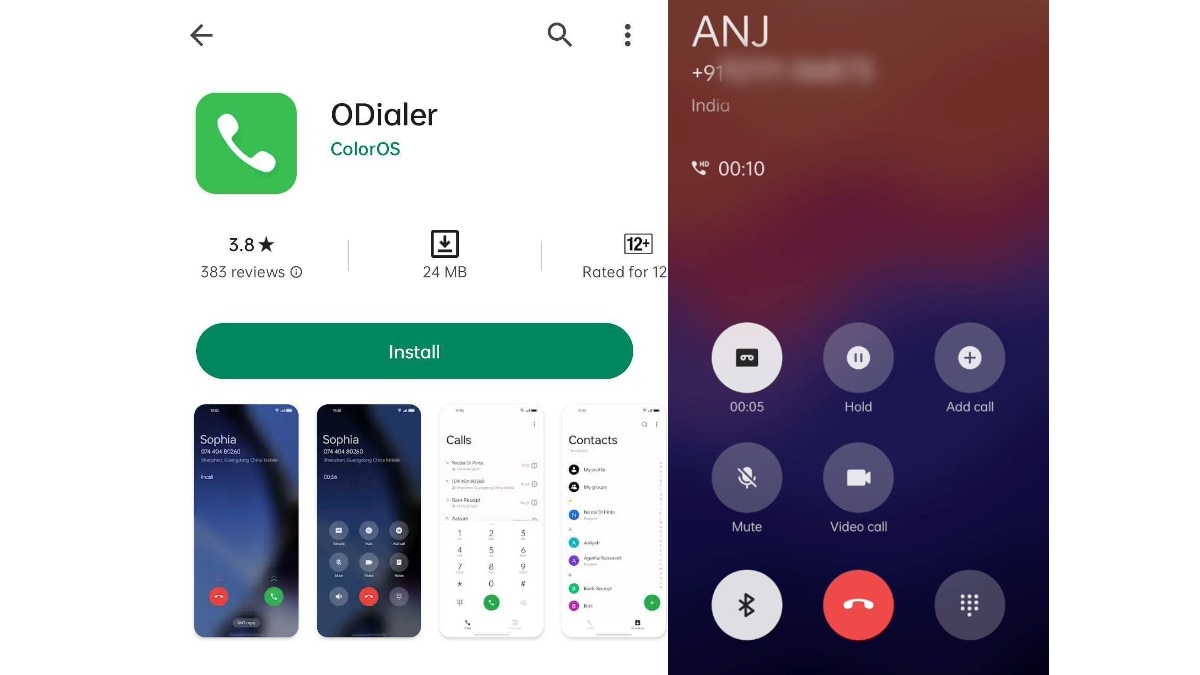 Android users love Android because it has more freedom than Apple’s iPhones. Call recording is one such feature in Android, which has been used by users for a long time. Android smartphone manufacturers used to ship their phones with their own default dialer apps, but over the past few years, most major brands have started offering the Google Phone app as their phone’s dialer. After this change, the call recording feature is not as efficient as the caller already hears an announcement that his call is being recorded.

Now it looks like things are about to change as smartphone brand Oppo has released a new dialer for its ColorOS system of phones. The app is currently available on the Play Store and can be downloaded by OnePlus and Realme smartphone users as well.

Gadgets360 hindi also used this dialer. We tested it on our OnePlus smartphone and it worked great. The name of this new dialer app is ODialer. The app currently only works with Oppo, OnePlus and Realme smartphones. It cannot be downloaded on any other brand phone. Also, it can be installed only on devices with Android 12 or above operating system.

The about section of the app states that it comes with a call management feature that organizes recent calls into groups for your convenience. It also does call recording without any announcement, which means the other person on the call will no longer be aware that the call is being recorded.

The user interface of the app is clean and it is also very easy to use. It also helps users to easily access their contacts and latest calls. Speed ​​dial facility is also provided in it. Oppo’s ODialer also supports dark mode.

Judging by the number of reviews and downloads it has on the PlayStore, the app looks like a new release and it seems to have a lot of bugs right now. One user wrote that the incoming call does not appear on the screen until the power button is pressed. Another user wrote that the hold feature does not work. ODialer will directly benefit those Oppo, Realme and OnePlus users who want to record calls without informing the other person.