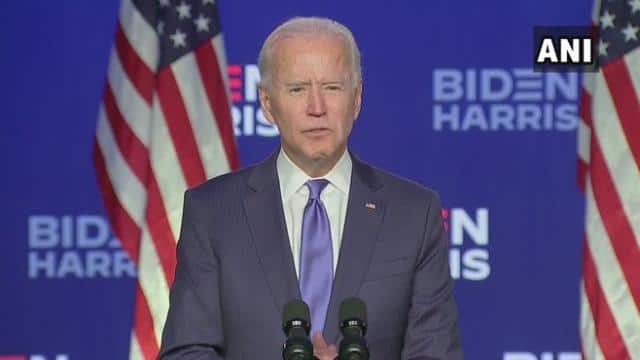 Who will be the president of America, we have a long wait. However, the results so far clearly show that Democrat Joe Biden is ahead of Republican candidate Donald Trump. Meanwhile, on Friday (local time), Joe Biden again appealed to his supporters and American citizens to maintain the peace and without mentioning Trump, he said we can be adversaries, but not enemies. Democratic Party candidate Joe Biden said during his speech to the Americans that we are going to win this race. Let us tell you that to get to the White House, one has to get 270 votes out of the 538 votes of the Electoral College.

Who will win the US presidential election? Donald Trump or Joe Biden, understand from the numbers who’s leading the way, who’s got the upper hand

Joe Biden, the Democratic Party candidate for the US presidential election, said we are on track to get more than 300 electoral college votes. We are going to execute our plan from day one to get this virus under control. He told his supporters that the results that have come will show who wins. “The final results of the election have not yet been announced, but the results tell our story that we are winning,” he said. We’re going to win this race. His statement comes at a time when Democrats were trailing 24 hours ago in Pennsylvania and Georgia, but Joe Biden currently leads in both states.

“We win in Arizona, we win in Nevada, to be honest in Nevada we lead by a double margin,” he said. We have over 74 million votes here and the country is with us. I’m proud of how well we’ve done across America. We have rebuilt the blue wall that was demolished in 2016. We will conquer Arizona after 24 years and Georgia after 28 years.

According to the ANI news agency, Biden went on to say that the US election has been difficult, but that we must remain calm. I don’t care how many people try to stop it, but I won’t let it happen. We believe deeply in democracy, but the purpose of politics is to work for the nation. We may be adversaries, but we are not the enemy, we are Americans.

Donald Trump or Joe Biden… Who will be the president of America? The road to the White House goes through these states

Joe Biden was joined by Kamala Harris, the Democrat presidential candidate. He appealed to American citizens to exercise restraint and remain calm during the vote counting. He claimed that American citizens have elected Democrats to act against the coronavirus crisis, the economic slowdown and the problem of racism.