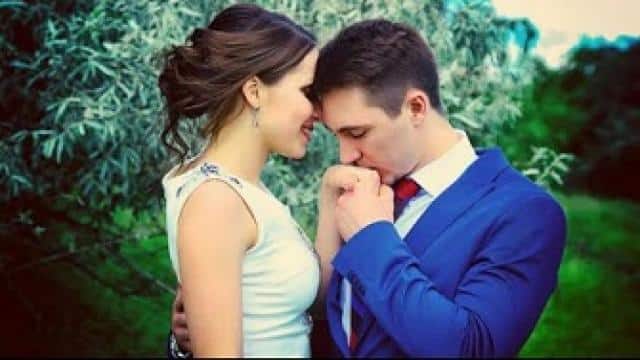 Valentine’s special 2020: Just being in love with a partner is not enough. It’s more important than that, to prove to be such a couple, holding hands at every turn, in sorrow and happiness, good and bad. On the occasion of Valentine’s Day, the festival of love, you know how to make your relationship strong, says Chayanika Nigam

Have you ever heard the definition of power couple? This is because it is a bit difficult to explain it in a few words. It is difficult because this issue is not just about a particular equation, but it is simply a result of the right decisions being made based on the ups and downs of life. Couples called power couples are adept at making the right decisions at the right time and get ahead in life by supporting each other. Many such names are included in the list of couples like Ranveer Singh-Deepika Padukone, Akshay Kumar-Twinkle Khanna and Anushka Sharma-Virat Kohli. There is a specialty of their relationship, which, despite being in a bright world, does not allow them to think of anyone but their partner.

Using these characteristics, they are called power couple. If a little inspiration is taken from their relationship, then you can also get on the list of power couples with your life partner. But for this you have to pay attention to a number of things in your relationship. What are these things, let’s see:

First of all, your cooperation
Infosys founder Narayan Murthy and his wife Sudha Murthy should also be called a power couple. This is the couple, which basically tells you that the partner needs your cooperation first to move forward. Sudha became an engineer at that time, when this profession was in the name of men only. She also struggled to get a job because she was a woman. After a long struggle, he got a job. It was around this time that Sudha quit her hard-earned job to help her husband with his new job, Infosys.

He did everything it takes to start a business. Much of the work had nothing to do with technology. These include cooking. That’s exactly what every partner should do. They need to understand that your spouse needs your first support. You can say that your partner will lay the foundation for the help you need from others to move forward. These tasks do not necessarily have to be very large, but they can also be small parts of larger tasks. For example, when the woman returns from overwork, the children must be fed and put to sleep so that she too can rest. It must be remembered that you must do all these things without showing favors.

Not just good days
You are married by choice. All the dreams you cherished are about to come true. But if you think that everything will only happen according to the dream, then you are wrong. There may come a time in life when you feel bad, as happened with Aarti. Aarti and her husband did wonders in their careers. Then Aarti thought of taking a break from her career. She felt that if the situation continues, she will also extend her break and also look for a career in another field. But life had something else in mind.

There came a time when her husband’s income made it difficult to build her dream home. Now in such situation, Aarti left her spare time and hobby and started her job again. Seeing the financial condition of the house, she left the family and lived for years in an unknown city. Simply because the dreams seen through the eyes of both man and woman can be fulfilled. To be a power couple, you have to be prepared not only for good days, but also for those times called bad times.

Stop thinking only of yourself-
It’s not wrong to think about yourself, but you can’t just think about yourself when your partner is with you. Given the desire and talent of the partner, you will also need to give him an environment to keep moving forward.

Sometimes he will have to be relieved of his responsibilities, sometimes he will have to name his own responsibilities. This is what boxer Mary Kom’s husband did. He was a footballer himself, but he had faith in his wife’s talent. Therefore, they took over all the work, which is mostly done by women in Indian families. He thought about Mary’s success before her career. It’s not at all saying that you shouldn’t think about yourself, but given the time and convenience, it would be good to do what’s better for both of you.

Success is not only yours
In the race to be successful, work doesn’t just work with “me,” but people called power couples move on with the help of “we.” We mean that both must move forward and with the help of one, the other must also move forward. As happened with Amitabh and Jaya Bachchan. If Amitabh could become a superhero, it was only because his wife started taking care of the house and left her career behind. If Amitabh himself takes credit for his success now, it won’t work. If they do, their success remains incomplete.

Fun with hard work
In today’s life, even a child studying in the first grade is busy. Everyone is busy with one job or another. Yet everyone takes time for their important work. Also involve fun and enjoyment in these important things. Just as hard work is important in life, light time also has several benefits. This is when you can actually make plans for the better in life.
Not only power couple but also power home

Your success as a power couple. This success fades if your home is not thriving. You have to be a power couple, you also have to incorporate the concept of ‘power home’ into your life. You have to understand that if the family is not organized, all the hard work will be lost.
(Based on a conversation with Lucknow-based psychologist Dr. Smita Srivastava)

The development of both
Teacher Preeti’s husband is a doctor by profession. She often gets tired looking after school, home and children. But right now her husband, who is very busy, comes to help. Neighbors often see him doing household chores. Sometimes they are also fooled for doing women’s work.

But then comes the answer from her doctor husband: If I can work hard at my career without any other responsibility, then why not my wife. They also have the right to move forward. This is the thinking that gives this status to the power couple. This is the mind that says that progress must be made by both, not by anyone.