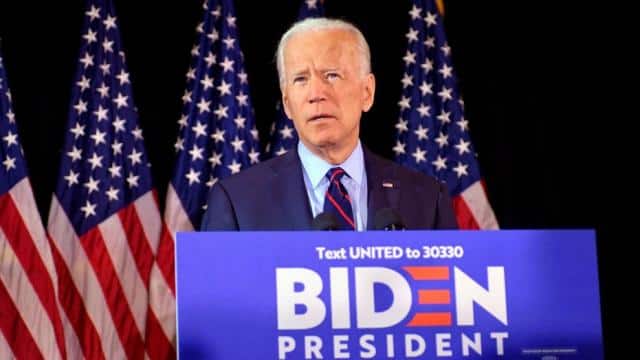 As the vote counting in America progresses, the competition gets interesting. Tension is still on who has been chosen by the public as the rightful person to the White House throne, but in the results that have come out so far, Democrat candidate Joe Biden is way ahead of Republican candidate. candidate Donald Trump. Democratic presidential nominee Joe Biden has overtaken his rival and President Donald Trump in key states of Georgia and Pennsylvania and appears to be on the cusp of a historic victory in a close battle.

After another round of counting in Georgia, Biden took charge of Trump. It has long been a stronghold of the Republican Party. Biden now holds a 1096 vote lead. However, here is another twist: the vote counting in Georgia will now take place again. In this way you may have to wait longer for the result. In addition, Biden is 5,587 votes ahead of Trump in Pennsylvania. On Wednesday night, Trump led the state by more than 70.00 votes. At the same time, Biden also maintains a modest lead in two other key states, Arizona and Nevada. One must get 270 votes out of the 538 votes of the Electoral College to reach the White House.

Democrat candidate Joe Biden has said that counting the votes is clear that we are going to win this race. He went on to say that it is becoming clear every hour that a record number of Americans, including people of all races, religions and regions, have chosen change. He has mandated us to take action against Corona and the economy and climate change.

What’s becoming more apparent every hour is that record numbers of Americans — of all races, religions, regions — chose change over more of the same.

They have given us a mandate for action on COVID and the economy and climate change and systemic racism.

Joe Biden led in Georgia in the US presidential election, but now it is reported that the votes in Georgia will be recounted. Let us tell you that Joe Biden was leading the Republican Party nominee and current President Donald Trump here.

The road to the White House goes through five states, such as Arizona, Georgia, Pennsylvania, North Carolina and Nevada, which is why all eyes are on these states.

According to the latest estimates, Biden has received 253 electoral college votes, while Trump has 213. But some US media has voted 264 for Biden and 214 for Trump. At the same time, Trump said in a press conference at the White House that he would go to court against election misconduct. He claimed mass electoral fraud but was unable to provide evidence to support his allegations. In such a situation, many news outlets in America stopped their live broadcasting of Trump’s press conference on Thursday.

Biden told reporters in Delaware, “We feel really good about the kind of stuff that’s happening. We have no doubt that I and Senator Kamala Harris (the Democratic Party’s nominee for vice president) will win when the count is up. Kamala Harris was also present with Biden. Former Vice President Biden also appealed to the people to be patient until the vote count is over.

US President Trump has claimed that if only valid votes had been counted, he would have easily won the highly contested presidential election. At a White House press conference on Thursday, Trump indicated that the outcome of the US presidential election will ultimately be decided by the Supreme Court as he plans to file a massive lawsuit against alleged voter fraud.

Meanwhile, Trump campaign official Matt Morgan said: “This election is not over yet. Joe Biden is projecting himself as the winner based on four-state results, but the final results are far from over. Georgia is heading for a recount of which we are confident that President Trump will lead the way.