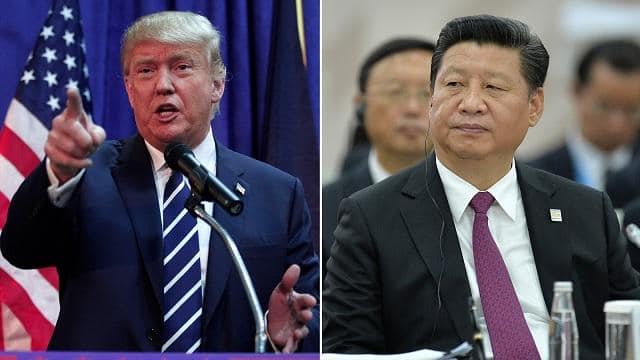 Joe Biden has won the election in America and will be the next president, but Donald Trump will not accept it so easily. Therefore, there is speculation that Trump will not leave his term so easily. Experts and former officials say they fear Trump will do things that bother Biden in his early months.
Mark Magnier in the South China Morning Post says Trump’s repeated attempts to blame Beijing for the Covid-19 pandemic and economic conditions in the United States appear to be his target, Mark Magnier told the South China Morning Post. “Trump has promised to punish China for COVID-19, so the question is what that means,” said Jeff Moon, head of China Moon Strategies and a former National Security Council official.

Attempts to block visas
Mangier writes that a way to undermine already weak US-China relations and the Biden administration’s attempt to improve bilateral cooperation on global environmental and health issues could also potentially jeopardize Taiwan. . In addition to a potentially explosive move to blame China for genocide for the mass detention of Uyghurs in Xinjiang, Trump could try to block visas for more Communist Party officials or skip the 2022 Winter Olympics in Beijing. Americans can cause trouble by ordering athletes.

app ban
Trump’s other options may include banning China’s second app after Tiktok and WeChat, and banning Huawei Technologies.
“China’s power has grown significantly over the past four years…so I would expect Biden’s policies to have some parallels to those of the Trump administration,” said Sarah Kreps, a Cornell law and government professor. University, according to the Pew Research Center, 73 percent of Americans have a negative view of China, up 13 percentage points from last year and 20 points from 2017 when Trump took office.
After Democratic presidential nominee Joe Biden was declared the winner of the US presidential election, Trump refused to consider himself a loser and decided to challenge it legally. Meanwhile, the US government previously removed the East Turkestan Islamic Movement from its list of terrorist organizations after nearly two decades, and threatened a crackdown on Uyghurs in the Xinjiang Uyghur Autonomous Region over the weakening of China’s anti-toxic pretense.

Also Read: Donald Trump’s son-in-law Kushner spoke to him and asked him to accept election results
The US action comes amid condemnation of Chinese policies in Xinjiang, where large groups of Muslim minorities have been placed in re-education camps. According to US officials and UN experts, about seven percent of the Muslim population in Xinjiang is in a growing network of “political re-education camps”. However, China regularly denies such abuses and says the camps offer vocational training.