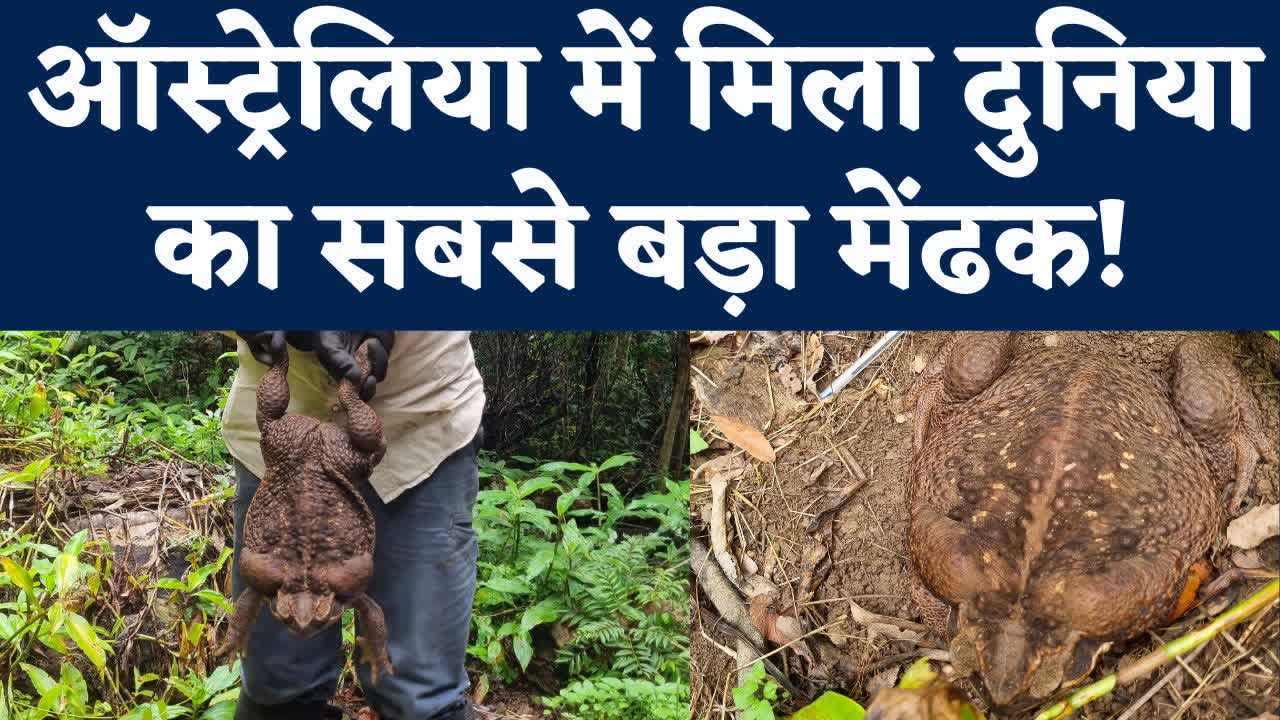 Rangers of Australia’s Conway National Park caught this frog and took it with them. They say that a frog of this size can eat anything which would not be good for the ecosystem. Although these frogs are found in South America, but in 1935 the British took them to Australia to eliminate sugarcane insects.