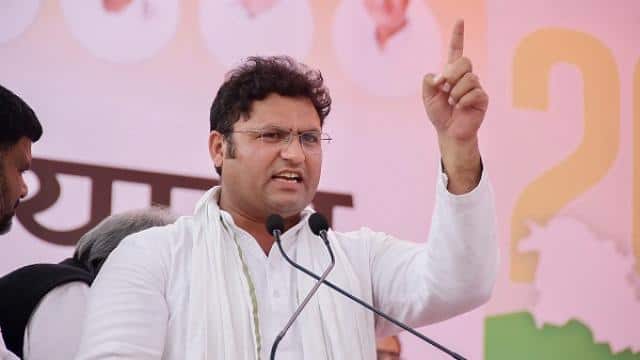 Haryana Pradesh Congress Committee Chairman and Sirsa Party Candidate Dr. Ashok Tanwar said on Thursday, while reacting to the defeat in the Lok Sabha elections, that the problems in the country and the state have been defeated, while Modi has won. Interacting with the media at the counting site here, he admitted defeat and said he had accepted the mandate.

State President Ashok Tanwar said every section of workers, traders, farmers and workers was affected by the BJP rule in the state, nevertheless Narendra Modi’s government was doing its job to win votes by luring the poor and women. He said the direct battle between Congress and the BJP candidates in Haryana has proved that regional parties have no interest in the state. He was shocked by the votes of India’s National Lok Dal (INLD) and Jannayak Janata Party (JJP) candidates in the state, saying he had only earned the number of votes for regional parties.

According to talks with the news agency, Dr. Tanwar said the central government has been collecting money from farmers for four years in the name of crop insurance and for the past year has worked to court the farmers by randomly distributing them. He said the BJP has indirectly done the job of bribing the village’s innocent peasants into voting. dr. Tanwar said the Modi government has been pursuing the policy of pseudo-nationalism in the Lok Sabha elections. Instead of development plans, Prime Minister Modi has taken votes on behalf of the country’s military and tortured soldiers.