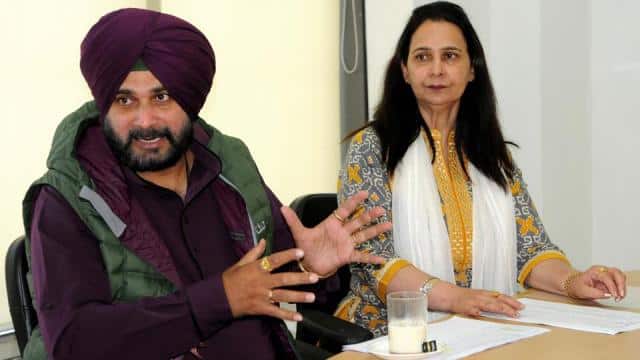 Punjab Local Authorities Minister Navjot Singh Sidhu on Thursday openly supported his wife Navjot Kaur’s allegations against the Punjab chief minister, Captain Amarinder Singh. Navjot Kaur had claimed that both Captain Amarinder and the responsible state party Asha Kumari wanted her not to get a Lok Sabha seat from Chandigarh.

Navjot Kaur, who is seeking a congressional ticket from Chandigarh, claimed that Amarinder claimed he alone was able to lead the party to victory in all 13 seats in the state. He told reporters in Amritsar: “Amarinder and Asha Kumari think Ms. Sidhu is not eligible for MP ticket. I was denied a ticket from Amritsar because I couldn’t win due to a train accident in Amritsar during Dussehra.

Also read: Master of the field: Navjot Sidhu remains in the headlines for his statements

On the other hand, Amarinder Singh vehemently refuted these allegations and said that this Lok Sabha seat was not under his control as he was a Union Territory of Chandigarh. That’s why he had no part in allocating tickets there. Here, Congress has drafted four-time MP and former Union Minister Pawan Kumar Bansal. Former Union Minister Manish Tewari, Sidhu’s wife and Bansal were in the running for the ticket from this seat. Tiwari was shifted to Anandpur Sahib seat, which is in Punjab adjacent to Chandigarh.

Amarinder said that Sidhu’s wife was offered a ticket from Bathanda or Amritsar, but she refused to compete in these seats. Because her husband should be pushing this chair. But she didn’t want Sidhu, who campaigned for the party across the country, to get entangled in the state.