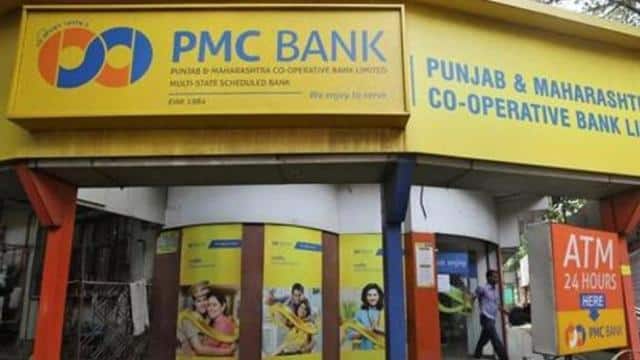 Finance Minister Nirmala Sitharaman has increased the bank deposit guarantee from 1 lakh to 5 lakh in the 2020 budget. So far it has been one lakh. That is, now no matter how much money is in the account after bank sinking, people will get at least 5 lakh rupees. In fact, the Deposit Insurance and Credit Guarantee Corporation (DICGC) guarantees the safety of deposits with banks up to a limit. It is a subsidiary of the Reserve Bank of India. However, the security of the total amount deposited in the bank is not guaranteed.

Demand was increased after PMC scam

After the PMC scam came to light, there was a demand to increase the guarantee limit of deposits with banks. Recently, SBI Research had said in its report that we believe there is a need to increase the insurance amount of the depositor from Rs 1 lakh now. The report stated that DICGC’s insured amount should be reviewed. It should be divided into two parts. The savings account must be insured for at least one lakh rupees. On the other hand, fixed deposits require at least two lakh rupees to be insured. In addition, SBI Research also stated that there should be separate facilities for the elderly. It is remarkable that the elderly receive 0.25 to 0.50 percent more interest on deposits with banks.

This is now the rule

According to the rules of the Reserve Bank, there is a guarantee of consumer deposits in the bank up to a maximum of one lakh rupees, which is taken by the DICGC. Deposits into a savings account, fixed deposit (FD) or current account are guaranteed up to the same amount. It includes both interest and principal. In return, DICGC charges a premium from the banks to guarantee this amount.

No guarantee on deposits at all banks

Except for PMC, no bank has ever drowned. PMC Bank hid the mess from RBI for eight years. But the Reserve Bank took action very quickly after getting information about this as well. Financial advisors say that if you want to be very careful, instead of keeping a large amount in one bank, the amount should be deposited in several banks. This brings your maximum deposit amount under the guarantee. For example, if there is a deposit of five lakh rupees in one or two accounts at a bank, then the guarantee is only one lakh rupees. But if one lakh rupees is deposited in different five banks, then in this situation five lakh rupees are covered by the guarantee.

How to check the warranty?

It is mandatory for banks to take guarantee from DICGC and banks cannot refuse to take it. For this, banks pay a semi-annual premium to DICGC. If a bank does not pay a premium to DICGC for three consecutive six months, DICGC removes that bank’s name from the guarantee list. Also gives his information through newspapers.

Why there is more concern at PMC

The Reserve Bank had imposed various restrictions for six months after the riots in PMC Bank came to light. This step was taken by the central bank after detecting disruptions in the functioning of this bank. RBI had set the limit for withdrawing funds from the account of customers of PMC Bank at Rs. However, later it was increased to 10 thousand, and then to 25 thousand rupees. Apart from that, he had also refused to accept bank deposits and make loans. Remarkably, PMC Bank had hidden the loan information to the bankrupt real estate company HDIL. It had only given about 73 percent of its total debt to HDIL.

What is the situation in other countries?

The guarantee amount on deposits with banks in other countries is up to 42 times higher than in India. In Brazil, one of the BRICS countries, there is a guarantee on deposits up to Rs 42 lakh. While in Russia the amount up to Rs 12 lakh is under warranty. On the other hand, in terms of per capita income, the deposit guarantee in India is much less. In India, 0.7 percent of the amount deposited in banks for per capita income is covered by a guarantee. While in a country like Australia it is 3.7 percent. At the same time, that is 4.4 percent in America, the largest economy in the world. The guarantee figure in Brazil is 7.4 percent. In some other countries of the world there is no limit for this.