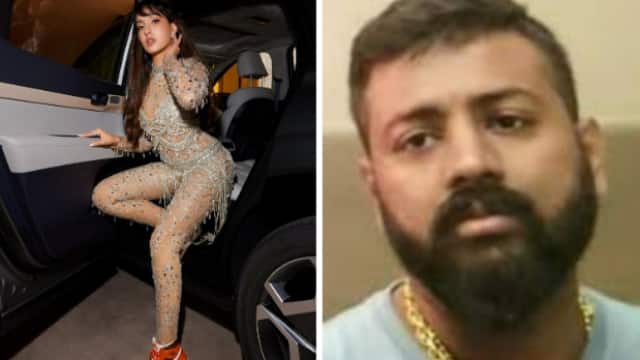 New revelations have started happening in the Sukesh Chandrasekhar money laundering case. Nora had said that Sukesh had placed a condition that if she becomes his girlfriend, she will get a life of luxury. Now Sukesh has made many big claims in his statement. He says he paid for a house for Nora in Morocco. Please tell that Nora had recorded her statement in the case of cheating of Rs 215 crore. Earlier Sukesh has said that Nora was jealous of Jacqueline and wanted Sukesh to make her his girlfriend.

Sukesh said, Nora is a liar
Now the latest statement of Sukesh Chandrasekhar in the cheating case is viral in the media. Sukesh told, today she is saying that I had promised her a big house but she has already taken a huge amount from me to buy a house for her family. They have fabricated all these stories to escape the law.

Nora was behind for the car
Sukesh also said, Nora’s claim that she didn’t want the car or she bought it herself is a lie, because she had killed me that she wanted a new car. Sukesh told that he had liked the car with Nora and the screenshots of the chats are with the ED.

Nora was jealous of Jacqueline
Sukesh said, I wanted to give him a Range Rover but the car was out of stock, he was in a hurry so I gifted him a BMW series. He used it for a long time. Nora is not Indian so she got the car registered in the name of her best friend’s husband. Nora and I do not have any professional transaction as she is claiming. Just once, Nora attended an event for the foundation, which was paid for by her agency. Sukesh also claimed that he and Jacqueline Fernandes were in a serious relationship. Nora was jealous of this.