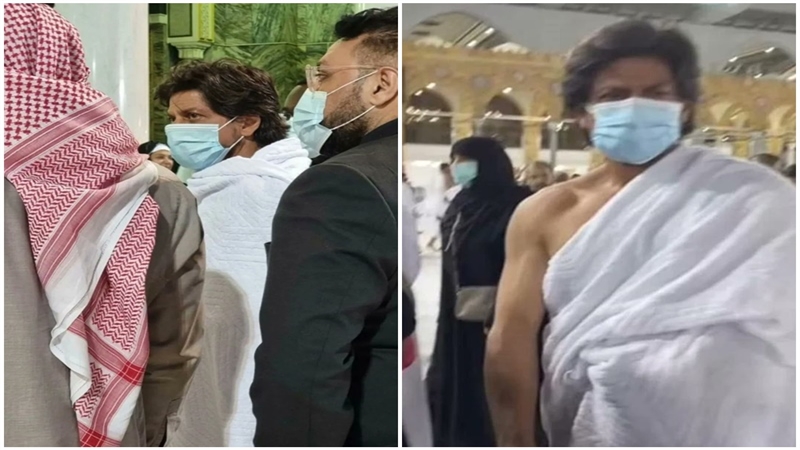 Shahrukh in Mecca: After finishing the shooting of his movie ‘Dankey’, Shahrukh Khan has reached Mecca to perform Umrah. Photos and videos of him performing Umrah are becoming quite viral on social media. In these pictures, Shahrukh Khan can be seen in a different look wearing white clothes. Let us tell you that the shooting of the movie ‘Dankey’ was going on in the UAE. After it was over, Shah Rukh Khan was seen performing Umrah in Makkah. Incidentally, Shah Rukh Khan had also expressed a desire to visit Mecca a few days ago. His wish has now been fulfilled.

Shahrukh Khan photographed in the UAE

Shah Rukh Khan had gone to the UAE to shoot his movie ‘Dunky’. He also announced the completion of the shooting by sharing the video on social media. After the filming of the movie, Shahrukh Khan thanked all the actors of the team. He also thanked Saudi Arabia’s Ministry of Culture and Film. In addition to Danki, fans are also waiting for Shah Rukh Khan’s Pathan and Jawan. Shah Rukh Khan has been waiting for a hit movie for a long time. Maybe his wish will come true too.