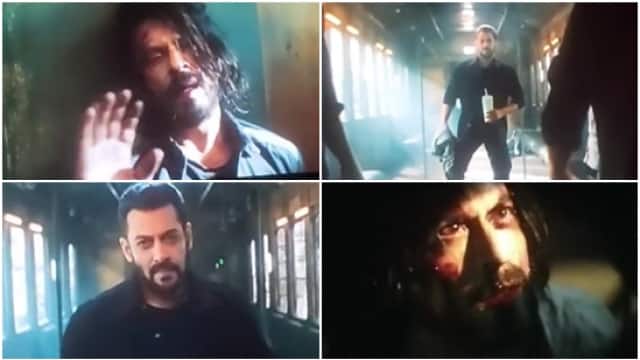 Pathan Twitter Review: With the release of Shah Rukh Khan’s most awaited film Pathan, social media users have started reacting. Twitter reviews of Pathan’s early morning shows are coming in. Along with Shah Rukh, Deepika Padukone and John Abraham, the film also stars Salman Khan. Salman Khan is doing a cameo as Tiger in the film and fans have started sharing videos of Shahrukh-Salman on social media. In this report, let us tell you how Twitter users liked Pathan?

How is the reaction of social media users
Pathan is getting great reviews from most of the social media users. Fans are praising the film, Shah Rukh Khan and Salman Khan a lot. Many clips and photos of the film are also going viral. Although some Twitter users have described the film as average. Some say that the VFX of the film is bad and the story is also nothing special. At the same time, some Twitter users have told Salman-Shah Rukh to be worth the money. Please tell that slowly more reactions will come out about the film.

What is Yash Raj’s Spy Universe
Let us tell you that Yash Raj has made his own Spy Universe, which started with Salman Khan’s film Ek Tha Tiger. In Shahrukh Khan’s film Pathan, Salman Khan is seen doing a cameo as ‘Tiger’, while in Salman and Katrina’s ‘Tiger 3’ Shahrukh Khan will also have a cameo as Pathan. Not only this, apart from these, Shahrukh and Salman Khan can also be seen in Hrithik Roshan’s ‘War 2’. In such a situation, Yash Raj is creating an entire Spy Universe, for which the fans are quite excited.