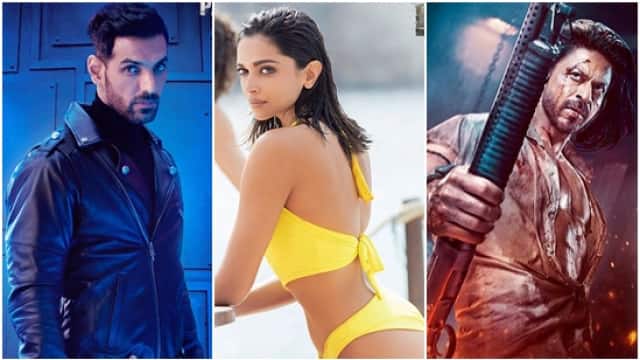 Pathan may release on OTT platform Amazon Prime Video: Bollywood actors Shah Rukh Khan, Deepika Padukone and John Abraham’s upcoming film Pathan is very close to release. The film will hit the theaters on January 25 and fans are quite excited about it. Meanwhile, reports have come out regarding the release of Pathan’s OTT (Pathan OTT Release Date). It is being said that Pathan’s OTT rights have been sold for 100 crores.

Pathan will knock on OTT on 25 April
According to a report in Bollywood Life, Amazon Prime Videos has bought the OTT rights of Shah Rukh Khan’s most awaited Pathan. It is being said that for this the OTT platform has paid a hefty amount of 100 crores. According to the report, the film will be released on Amazon Prime Video on 25 April. However, its official announcement has not been made yet and no social media post has been seen from Prime.

Changes will have to be made in the film
Remind that the Delhi High Court has given some special instructions regarding the OTT release of the film ‘Pathan’. The Delhi High Court has asked Yash Raj Films to prepare an audio description, close captioning and Hindi subtitles for ‘Pathan’ before its OTT release. The court has given this direction so that people who are unable to see and hear can also see this film. According to the report, the makers will have to make these changes and submit the film to CBFC before March 10.

Advance booking will start from January 20
Shah Rukh Khan is making a comeback after almost 4 years and there is a lot of excitement among the audience regarding Pathan. The film remains a topic of discussion not only in India but also abroad. Shahrukh Khan has a global fan following and in such a situation, the advance booking of the film has also created records in some countries. Let us tell you that the advance booking of the film will start from January 20 in India.