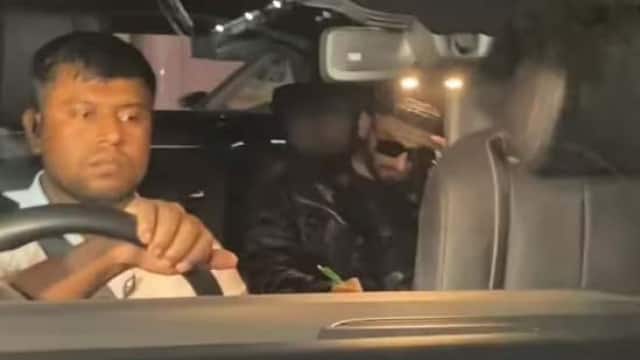 Ever since the release of his third consecutive flop Circus, Ranveer Singh has been largely out of the public eye. Hence, when videos and photos of him arriving at Yash Raj Studio surfaced online, the actor’s fans went berserk. However, some social media users immediately trolled her. In a video that is going viral, the Bollywood star can be seen reading something carefully as he walks into the Yash Raj studios. As soon as the paparazzi surrounded the actor in his car wearing an all black look, he also picked up a pen and started writing something after seeing the media.

Social media had a lot to say about the actor after he was seen in public after delivering three flops back to back. While some were showering love for Ranveer, others were trolling him. A user commented, haha ​​trying to act serious, may be the audience will take him seriously. Meanwhile, another wrote, work is nothing, it is high, it is acting to work. Bhakk.

Let us tell you that Ranveer Singh plays a double role in Circus, produced and directed by Rohit Shetty. The film also stars Siddharth Jadhav, Johnny Lever, Sanjay Mishra, Murali Sharma, Sulabha Arya and Vrajesh Hirjee in pivotal roles. Deepika Padukone and Ajay Devgn also make cameos. Based on the 1982 film Angoor, a remake of the 1968 film Do Dooni Chaar, the film released on 23 December. While filmmaker Rohit Shetty termed Circus as a film that took the audience back to what he enjoyed in his previous films like Golmaal and All The Best.