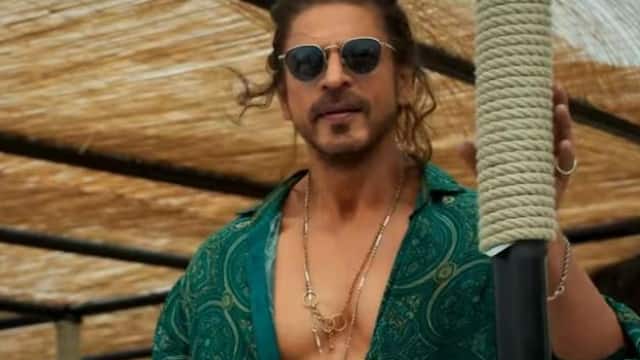 Shah Rukh Khan, Deepika Padukone and John Abraham starrer Pathan has released today. The film has been surrounded by controversies. Only after the release of the film’s song Besharam Rang, the controversies related to it also started. On one hand, after almost four years, Shah Rukh Khan is returning to the big screen in a full action-hero avatar who will be the savior of the nation fighting all the villains. On the other hand, there was a controversy regarding Deepika’s clothes and look in the film. However, the advance booking collection of the film suggests that Pathan is going to take the box office by storm. Despite Pathan being mired in controversy, the box office numbers are looking good.

Amidst all this, there are many questions related to the film in the minds of the fans. One of these fans asked Shahrukh his question and this question was such that many fans must have had it in their mind. In fact, during Ask SRK, a fan asked Shahrukh – is Pathan worth watching with the family? Shahrukh Khan has replied whether the film is worth watching with the family or not. On AskSRK on Twitter, Shah Rukh responded and said that he watched the film with his family, so they (fans) can watch as well.

Let us tell you that the Siddharth Anand directorial film starring Shah Rukh Khan, Deepika Padukone and John Abraham got embroiled in a huge controversy after the release of its song Besharam Rang. Many people objected to Deepika Padukone’s clothes in the song, while many also objected to her saffron bikini. As per reports, the CBFC asked the makers of Pathan to make some changes in the film including some cuts in the songs.